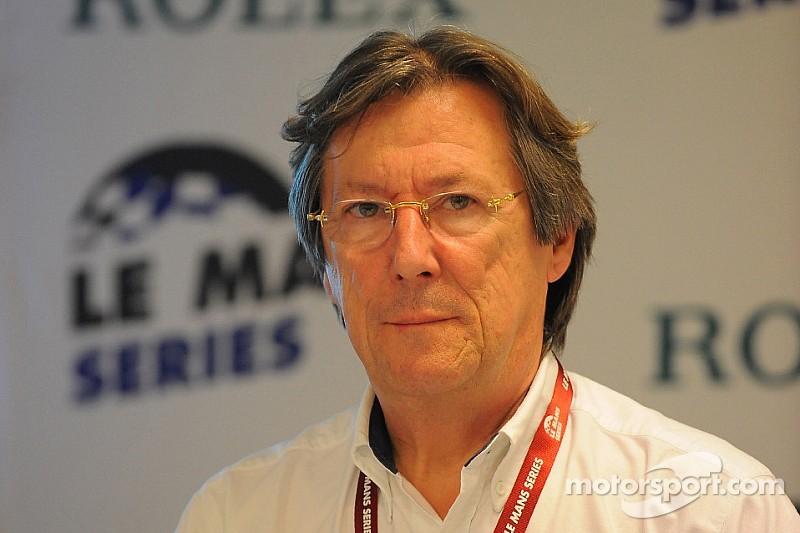 Surprise announcement that veteran ACO official is to step down from role he’s held since 2001.

Daniel Poissenot, the Race Director for the Le Mans 24 Hours since 2001, announced his retirement yesterday.

“Today it’s official. The ACO has decided to show me the chequered flag!” he wrote on his personal Facebook page. “After 42 years of professional participation in the 24 Heures du Mans, 26 meetings involved in the race control for track safety and 14 years as Clerk of the Course (5th since 1923) one page is off. With more than 300 local, national and international races, a book is about to be closed.

“Of course, with sadness I leave friends, colleagues, and marshals who we built this beautiful race with in order to push it up to a world level but keeping its unique atmosphere.”

Despite no official confirmation yet from the ACO, it is believed that Eduardo Freitas - current FIA WEC Race director - will take over Poissenot’s position as Directeurs De Course and that it will be formerly announced shortly. The two worked closely together on the FIA WEC and at Le Mans in recent seasons.

“Along all these races, I have been able to meet people with enormous talent and also to make a few friends, and bring Le Mans’ name all over the world.

Poissenot’s stint as Race Director at Le Mans got off to an unforgettable start when, Jacky Ickx joined him to share the duties. 2001 also saw the remarkable first few hours of the race when a rain shower caused multiple accidents throughout the field, with the track being blocked on the run from Arnage to Porsche Curves for a while.

Previous to Daniel’s 14 years in charge, his predecessors were: