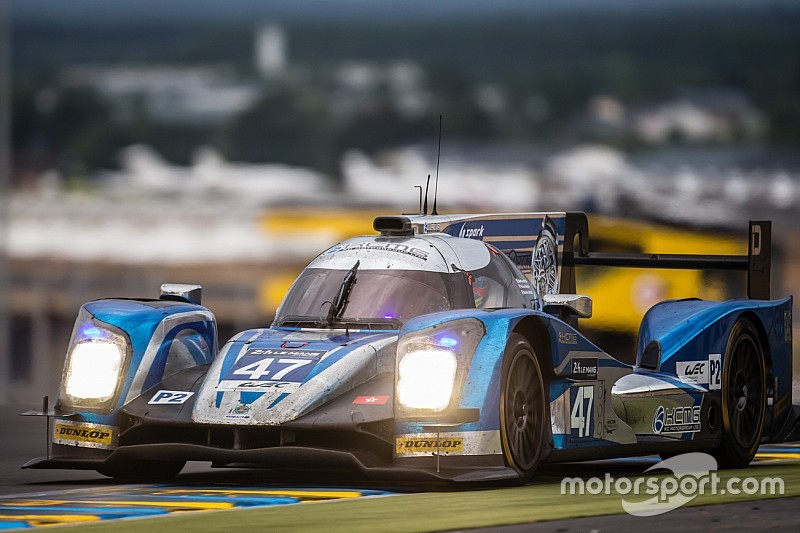 The Hong-Kong based outfit is excited to return to Le Mans.

KC Motorgroup Ltd. (KCMG) is set to defend its LMP2 title at the world famous Le Mans 24 Hours, starting with the official Test Day this weekend (June 4/5). The Hong-Kong based outfit is excited to return to the endurance classic with last year’s winners Matt Howson and Richard Bradley, from the United Kingdom, and Tsugio Matsuda from Japan.

Matsuda is both a two-time Formula Nippon and Super GT500 champion in his homeland, and has won the first two races in the latter this season. After competing for the factory Nissan LMP1 outfit at Le Mans in 2015 he re-joins KCMG for whom he raced at selected rounds of Asian Le Mans Series and the FIA World Endurance Championship 2013 and ’14.

Brits Bradley and Howson have been part of the KCMG family since 2013. The pair have taken six WEC victories in LMP2, including last year’s success at Le Mans. They narrowly missed out on the full-season title in 2015, finishing on the podium in six of the eight rounds.

The #47 ORECA 05–Nissan made its inaugural appearances last year and returns for 2016 in its traditional blue, white and grey colour scheme. The race marks the first running of the class-winning machine after the team withdrew from the LMP2 class in the WEC this season.

Despite the hiatus most of the winning crew will return to Le Mans with a new race engineer in the shape of Adam Hardy. With experience at WRT, Audi Sport Team Abt, Kelly Racing, Triple Eight Race Engineering, Eurotech and Barwell Motorsport, in series ranging from DTM to V8 Supercars and BTCC to GT3, Adam is a key addition to the squad.

Tsugio Matsuda: "I am glad to return to France and kick off an exciting Le Mans 24 Hours effort with KCMG. I am very happy to race alongside my 2014 team-mates, Matt and Richard. It will be my first time driving the ORECA 05–Nissan, but I will try my best to adapt to the car and deliver positive results during the official test.

“I would like to extend my massive thank you to Paul Ip and Ryuji Doi for giving me this opportunity. To all our fans all over the world, thank you for your support!"

Matt Howson: "It's a relief to finally be getting back to action and at Le Mans where we return as reigning champions. The KCMG LMP2 programme is limited this season but that means all efforts are focused on this iconic race. Much of the package is the same as last year, and with an excellent, proven driver line-up with Tsugio and Richard we'll be featuring at the front of an LMP2 field which is even stronger than 2015."

Richard Bradley: "I'm delighted to be back with KCMG for Le Mans 24 Hours to defend our title. I’m really looking forward to the Test Day where we can begin our preparations. It will be nice to go back somewhere with very good memories, and I hope we can make the most out of it to lay the framework for the race."

Ruberti to miss Le Mans after fracturing spine at Hockenheim