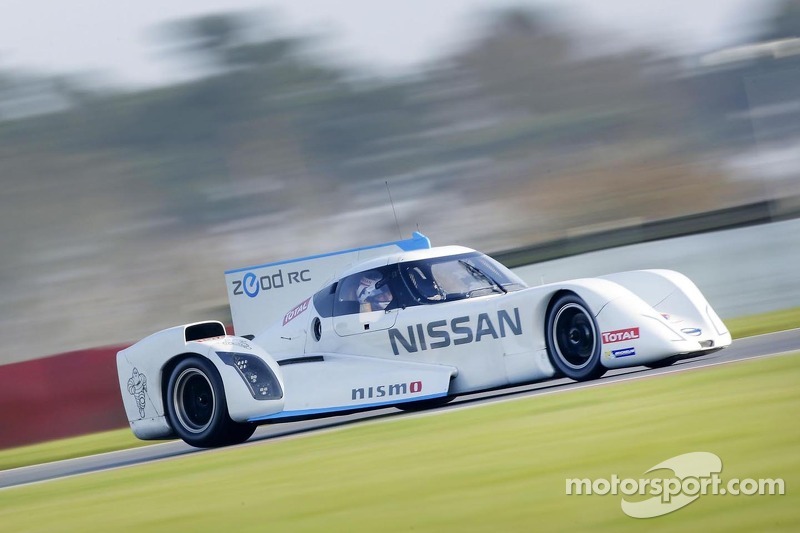 While competitors in the LM P1 class of the World Endurance Championship and the also in Formula 1 use electric power to boost their performance in short bursts, the Nissan ZEOD RC will become the first car at Le Mans to complete a lap on nothing but electric power.

The sleek white prototype will glide down the Mulsanne Straight in complete silence with only the road noise from the Michelin tires to announce its arrival. 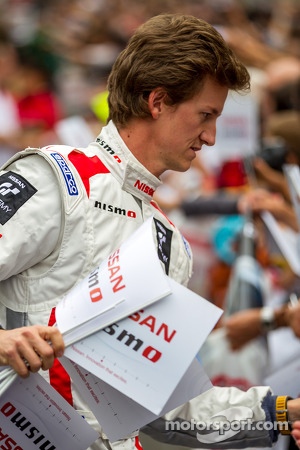 At the end of of each fuel stint from its compact 1.5 liter, three-cylinder, 400 horsepower, 40 kilogram turbocharged engine, the car will switch in electric zero emission mode - zero emissions on demand (ZEOD) - and complete an additional lap.

But that is just one of a new number of new experiences the drivers will enjoy at Le Mans.

"There are so many things that are different about this car," Ordóñez said.

"Even the seating position is very different. Normally in a prototype the underside of the cockpit is raised to promote airflow under and through the front of the car, but for the ZEOD your feet are more level with the floor. You are still reclined like a regular prototype, but your feet position is more like a GT car.

"There are also a lot of systems and procedures that the drivers have to learn. It was interesting to learn more last week not only what switches to change and when, but also exactly what they do."

Ordóñez and Motoyama are looking forward to more test miles in the next month as both will be absent on the Le Mans test day weekend due to a clashing Super GT event in Japan. Brazilian veteran and two-time Le Mans LM P2 class winner Tommy Erdos will fill in for the duo at the test alongside Wolfgang Reip.

The GT Academy winner will be collecting a large haul of Frequent Flier miles in 2014, racing full time in Japan for NDDP Racing aboard a Nissan GT-R NISMO GT3 in the GT300 class.

Having driven LM P2 cars at Le Mans in the past - and twice finished on the podium including last year - Ordóñez is fully aware of the enormous challenge ahead for the Nissan ZEOD RC project.

"Nissan is a global leader in electric vehicles for the road, but the amount of energy required to get this car around Le Mans a speeds faster than a GT car is incredible," Ordóñez said.

"We know this is not going to be easy at all but that is why we are doing it. Everyone on the team is learning all the time but the lessons to come out of this will play an important role in both our race programs in the future but also for road cars.

"This really is pushing the boundaries. We've had our share of issues during the development process but if it was easy, then everyone would be trying this.

"This is not like just buying a P2 car and going racing. There is no past data to fall back on, no past experience - everything about this program is a new learning experience for the drivers, the mechanics, the engineers and the design team.

"It is actually really rewarding to be a part of the program and I can't wait to silently glide down the Mulsanne - that is going to be quite an experience."

No Le Mans for Vanthoor