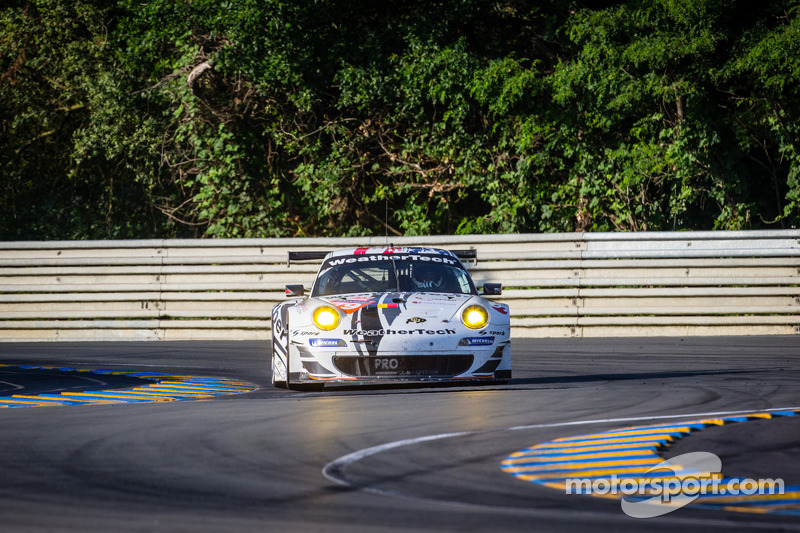 The team was able to secure another car overnight.

A crash by Bret Curtis in the No. 79 ProSpeed Competition Porsche during Thursday’s first qualifying session put the plans of 2013 American Le Mans Series GTC champions Cooper MacNeil and Jeroen Bleekemolen in serious jeopardy for the 82nd running of the 24 Hours of Le Mans, set to begin Saturday at 3 p.m. (9 a.m. ET).

Fortunately, the team was able to secure another car overnight. In a further link to North America, it is the same car that current TUDOR United SportsCar Championship competitors Paul Miller Racing fielded in the American Le Mans Series last season.

The car is being raced this year in the European Le Mans Series by driver Sebastien Crubile, who also will replace Curtis in the driver lineup. Curtis has not been cleared to drive by race organizers, the Automobile Club l’Ouest (ACO).

"First, we are glad that Bret is OK," MacNeil said. "Racing is all about overcoming adversity to reach the finish line and we have had more than our share this weekend. We didn't do the test and I have had about seven laps so far, however I am very familiar with the Porsche and I will be fine for the race.

“ProSpeed is doing a great job with the car and I am sure we will be right where we left off when we take it out for the warm-up Saturday morning. We are going to use this little setback as motivation for a full day of racing come Saturday."