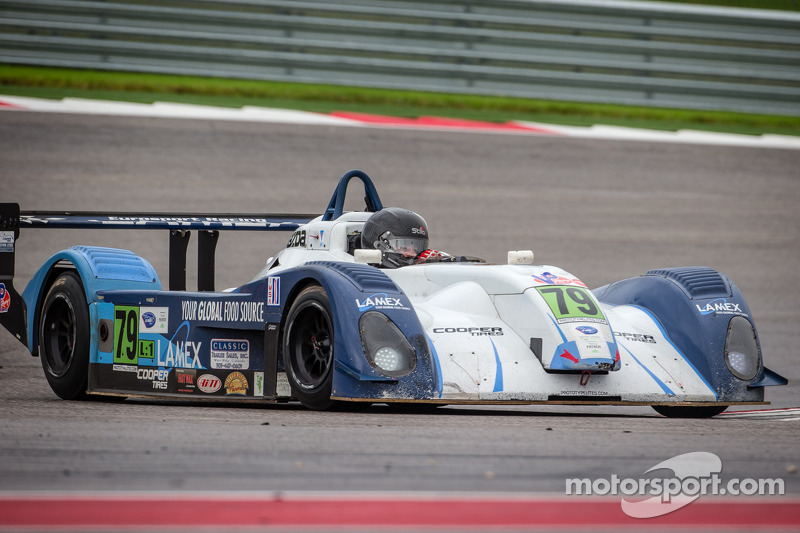 Will be the youngest driver ever to race in the event

History will be set at the 82nd running of the 24 Hours of Le Mans June 14-15 when 16-year-old Matt McMurry (in photo at a previous event) becomes the youngest driver ever to participate in motorsports’ most famous endurance race. The culmination of a long-held childhood dream, McMurry will beat the 55 year old record held by Ricardo Rodriguez who was 17 years and four months when he drove an OSCA S750 in 1959 at Le Mans.

On the strength of his strong performances in the opening rounds of the European Le Mans Series, McMurry will be joining Chris Dyson and Tom Kimber-Smith in the #41 Greaves Motorsport LM P2 Zytek-Nissan at the French classic. The inaugural Dyson Junior Development Program driver scored fourth-place finishes at both Silverstone in April and this past weekend at Imola, Italy where he ran a clean opening triple stint in the Le Mans bound car.

“I’ve been working toward this specific goal for almost four years now,” McMurry said. “That was over 60 races ago, 20,000 miles of seat time, and 175,000 frequent flyer miles ago. I can’t believe it’s almost here and within reach. I feel well prepared by all the amazing mentors I’ve had every step of the way, and am ready to help Dyson and Greaves succeed in the most important sports car race in the world.”

Matt’s first trip to the 24 Hours of Le Mans was when he was eight years old. For a seventh-grade class assignment on long-term goals, he stated that he wanted to be the youngest driver to race at Le Mans. Soon thereafter, the age of twelve, he became the youngest graduate of the Bob Bondurant School of High Performance Driving. In the four years since, Matt has carefully honed his craft, advancing from Formula Skip Barber to Formula Mazda Bondurant, to USF2000 to IMSA Lites and now to Le Mans prototypes. It has been a methodical advancement, going all the way back to a PowerWheel he got for his second birthday and his first go-kart drive at the age of four.

“Matt has been nothing short of outstanding in his first two major international races,” noted Chris Dyson. “He has driven like a veteran and has validated our decision to take him on as a Junior Development Program driver. It is very exciting to be taking him to Le Mans, but he is ready for the challenge. It’s wonderful for Dyson Racing to play a role in helping Matt to record such a historic milestone.”