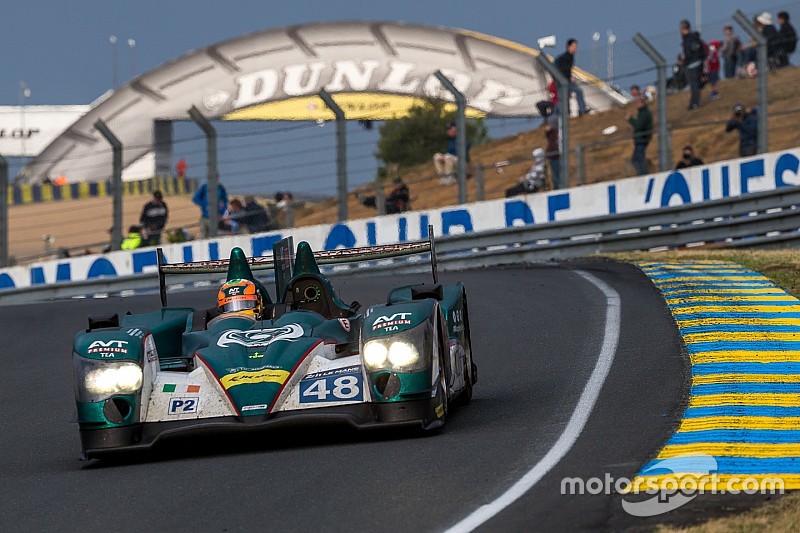 Murphy Prototypes has confirmed Ben Keating, Jeroen Bleekemolen and Marc Goosens as its drivers for the 2016 Le Mans 24 Hours.

The Irish-based squad will enter the LMP2 class of the French endurance classic for the fifth time in a row, utilising Oreca 03R machinery.

34-year-old sportscar veteran Jeroen Bleekemolen will take part in the race after missing it last year for the first time since 2006, focussing on his United Sportscar and ADAC GT Masters campaigns.

He will be joined by Le Mans veteran Goossens, who is set to enter for the 13th time. The Belgian, similarly to Bleekemolen, is still chasing his first Le Mans victory.

The lineup is completed by Keating, who made his Le Mans debut last year driving a Dodge Viper for Riley Motorsports in the GTE Am category, but failing to finish the race.

Keating had been set to continue with the team, which was a reserve on the initial entry list before withdrawing and joining forces with Murphy.

“We are delighted to be going back to Le Mans with such a strong driver line-up”, said team boss Greg Murphy.

“We met the guys through our tie-up with Ave-Riley, after they were unable to secure an entry for Le Mans this year.

"It therefore made sense for them to run in our LMP2 car, as not only do they get to compete, but it further strengthens the association between us.”

Hulkenberg fears Le Mans and F1 will “clash again” in 2017