Opinion: Was Le Mans '17 the beginning of the end for LMP1? 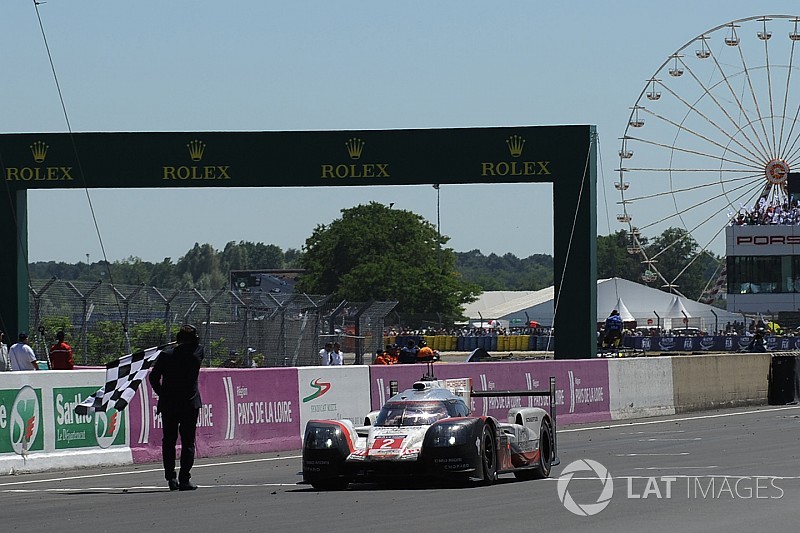 The LMP1 class was on shaky ground before this year’s Le Mans 24 Hours – but the fact an LMP2 car came so close to winning overall has to put the category's future in serious doubt, says Jamie Klein.

It was a race of gruelling attrition, albeit to a degree few experts were predicting. An LMP2 car on the podium had been widely tipped, but nobody would have been brave enough to forecast one of the new-for-’17 prototypes would be leading outright with two hours to go.

What would have been a fairytale underdog victory for the #38 DC Racing crew of Oliver Jarvis, Ho-Pin Tung and Thomas Laurent was not quite to be, but the fact the trio headed the timing screens for a full two-and-a-half hours, and still finished second overall, was a remarkable story in itself. 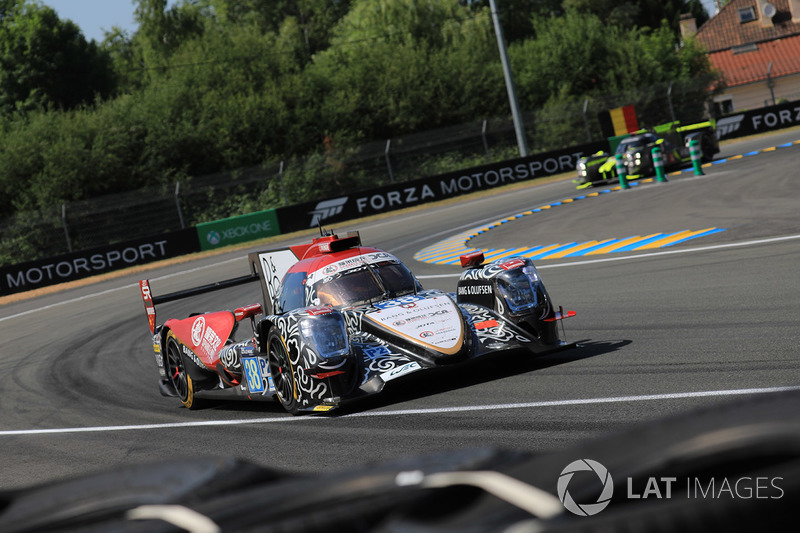 From one perspective, an LMP2 win would have been a brilliant story – Le Mans would have had its youngest-ever winner in 19-year-old rising star Laurent, its first Chinese victor in Tung, and Jarvis (an all-round good guy if ever there was one) would have achieved the feat that had eluded him during his years with Audi. Plus the added kudos of celebrity team co-owner Jackie Chan!

But the other way of looking at a hypothetical LMP2 win would be that it would have served only to further underline the thin field of LMP1 hybrids present at La Sarthe this year – and the fragility of hybrid technology, something alluded to in Toyota president Akio Toyoda's post-race statement.

When you consider that Porsche and Toyota both perform countless 30-hour endurance tests at considerable expense, often without any major hitches, it seems remarkable that not one of the five LMP1-H cars was able to enjoy anything resembling a clean run when it really mattered. 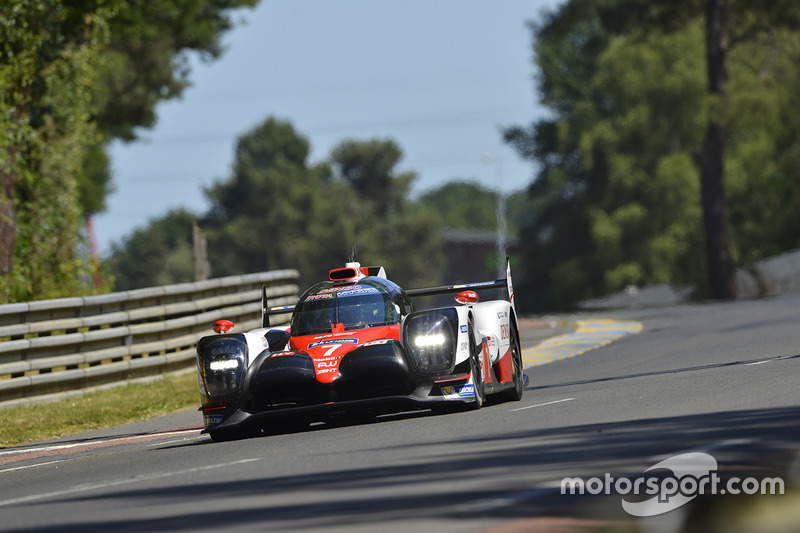 Ever since Audi pulled out of the LMP1 class last year, leaving Porsche and Toyota as the only factory combatants in a depleted top-line field, the future LMP1 regulations slated for introduction in 2020 have been the topic of hot debate.

And, at Le Mans last Friday, we finally got an idea of what the FIA and ACO had been discussing behind closed doors for all this time – with the addition of plug-in hybrid technology perhaps the most startling and unexpected inclusion.

Despite a re-affirmation of the rulemakers’ commitment to cost-cutting, with a further restriction on aero kits, windtunnel time and staff numbers all included in the new rules, it’s hard to see how forcing LMP1 cars to drive for an entire kilometre solely on electric power (after leaving the pits and at the end of a race) won’t drive up costs.

It will surely require a major redesign of the whole hybrid systems on board the car, requiring a much greater wattage than the current 300kW. 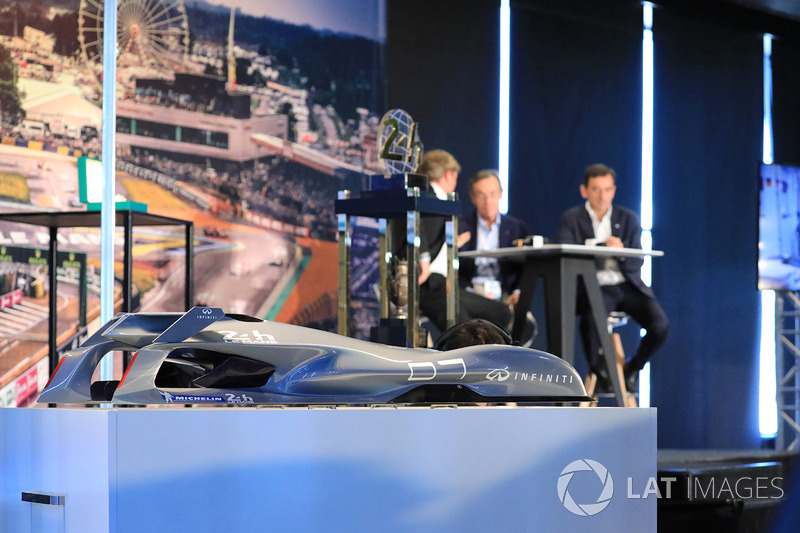 The prospect of Peugeot – the only manufacturer who has seriously been linked with an LMP1 project since Audi’s departure – returning to the fray seems as distant as ever, and the 2020 rules don’t seem to chime with the simplification of technology and aggressive cutting of costs that the French marque had cited as a requirement for a comeback.

Even as things stand, conservative estimates of LMP1 budgets are in the region of €150m per annum, a larger sum than Force India had at its disposal on its way to finishing fourth in the F1 constructors’ championship last year, getting vastly more exposure in the process than any participant in the WEC could dream of having.

And in the one race per year where a manufacturer could expect to command a similar viewing audience enjoyed by an F1 grand prix, one of a new breed of beefed-up LMP2s with spec engines came perilously close to denying Porsche a third successive La Sarthe triumph.

Had the victorious #2 Porsche 919 Hybrid spent another five to 10 minutes in the pits early in the race, we would be celebrating the greatest underdog triumph at Le Mans for more than 20 years, and the LMP1 concept would surely be all but dead in the water. 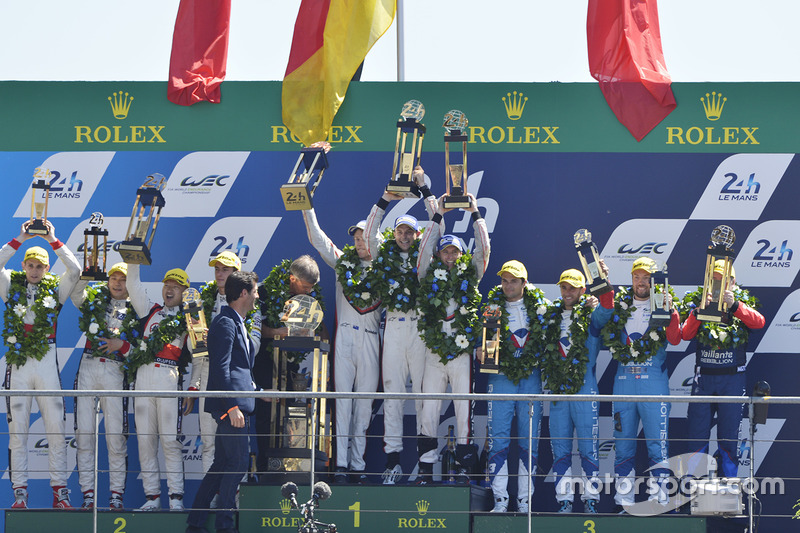 As it is now, it’s not too late to rescue the P1s, which as Mark Webber said recently, play a key role in the ongoing success of Le Mans. Kamui Kobayashi’s 3m14s qualifying lap is one that will live long in the memory of those who witnessed it, and in many ways was the perfect showcase for the hybrid technology Toyota is so keen to promote.

But the way two of its TS050 Hybrids wilted in the race – with the third car entered specifically with that reason in mind effectively taken out following a crash with an LMP2 car – will surely have caused serious consternation at board level.

Porsche meanwhile is known to be considering the future of its LMP1 programme amid growing signs it is destined to joined rivals Audi and BMW (and potentially Mercedes) in Formula E. And while the German outfit took the Le Mans hat-trick it so craved, it again probably wasn’t in the way the high-ups in Weissach had pictured. 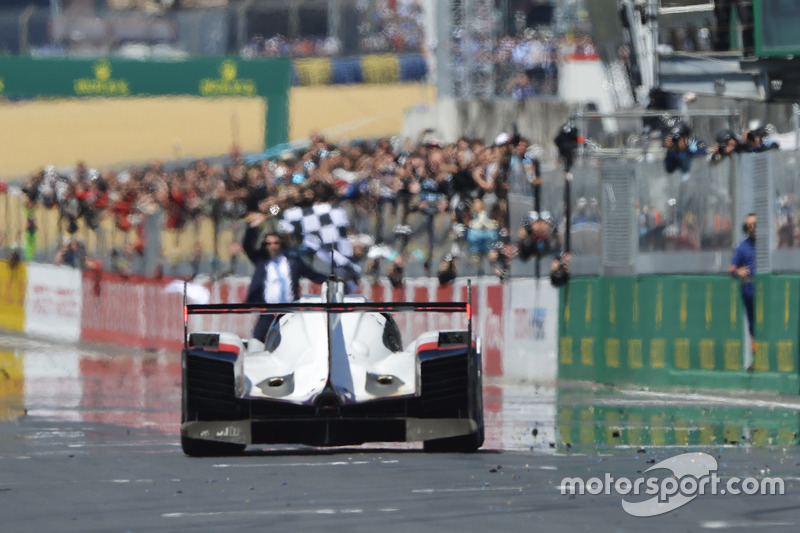 The arrival of a new-generation of non-hybrid LMP1 cars next year from Ginetta, SMP Racing/Dallara and PERRINN at least affords the class a degree of breathing space, but WEC’s contract with the FIA specifies two manufacturers must be entered in the top class for it to enjoy bona fide World Championship status.

Were Porsche to exit, a rapid solution would have to be found, much as it was when Toyota was convinced on short notice to enter the full WEC campaign in 2012 to fight Audi in the wake of Peugeot’s sudden withdrawal on the eve of the new season.

Fingers crossed it won’t come to that. But it’s clear that some innovative thinking will now be required to ensure that last weekend’s Le Mans 24 Hours will not be remembered as the race that signalled the end to the outrageously fast, provocative and awe-inspiring LMP1 cars as we know them.