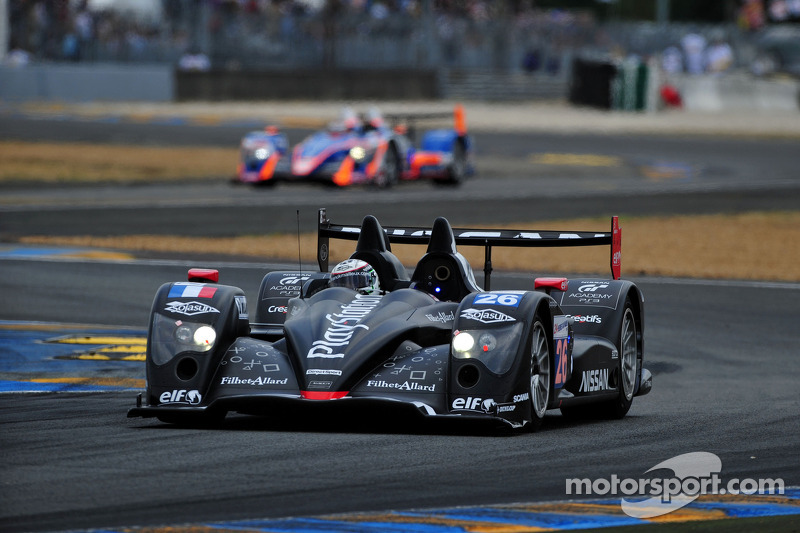 First 24 Hour race, first podium for the ORECA 03 !
For its first participation in the legendary 24 Hours of Le Mans, the ORECA 03 shined : a podium, a pole and fastest race lap !

Three ORECA 03s were at the start of the 79th edition of the 24 Hours of Le Mans. The Signatech-Nissan team reached the LMP2 podium with the prototype designed and built in Signes, this coming on the car’s first participation in the twice around the clock classic. The trio Mailleux/Ayari/Ordonez was able to avoid any traps in a very animated in all classes. ORECA Racing Car Manufacturer was also represented by the Swiss team Race Performance who finished in sixth place. Of the three ORECA 03s at the start, two finished (with the third falling victim to an accident after leading much of the event), proof of the car’s reliability and performance. Unbeaten in qualifying (4 pole in 4 events) and victorious at the 1000km of Spa, the ORECA 03 is continuing in the right direction and confirms its status as a sure value in LMP2. 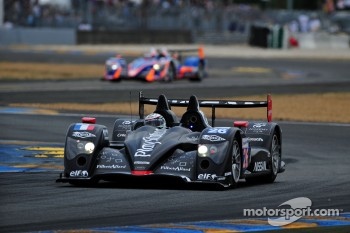 The Signatech-Nissan ORECA 03 on the podium!

Right from the practice and qualifying sessions, the ORECA 03 entered by the Signatech-Nissan team showed itself well with the pole position for the trio Mailleux/Ayari/Ordonez, the car having also been the fastest LMP2 during the Test Day in April. Franck Mailleux was nominated to take the start, keeping first place in the first laps. But after the first half-hour, the #26 was forced to pit when the left rear tyre went down. “The flat was hard to accept,” admits the Brittany-native. “We were on a good pace and the time it took to get back to the pits, we lost a lot of time. I did my best to get the car back quickly, but also undamaged.” Once repaired – rear cover and rear assembly – the #26 ORECA 03 rejoined the action.

Hour after hour, the drivers combined speed and consistency with solid stints from Lucas Ordonez, who was making his debut at Le Mans. Franck was very pleased with his Spanish teammate’s performance: “Lucas perfectly completed the mission the team set out for him before the start. With Soheil and I, he took advantage of our experience. Soheil also ran very well, notably with a quintuple stint in the middle of the night. “ The leading cars had their issues as well so that by sunrise, the Signatech-Nissan ORECA 03 had made its way back to second place in class. “The team did a great job,” he continues. “We also kept an eye on fuel consumption. I had a small alarm near the finish with another flat and I really thought everything was going to end right there on the side of the track. Once again, I was able to bring the car back in one piece.”

“At the start of the week, we would have been glad to have this second place. This result is very positive for Nissan’s return,” concludes Franck Mailleux.

Seventh on the starting grid and fifth after the first hour, the ORECA 03 of Race Performance driven by Ralph Meichtry, Michel Frey and Marc Rostan aimed for consistency to finish sixth in class, with as a bonus, a third place in the Michelin Green X Challenge – behind two Peugeot 908 – a trophy that rewards cars that consume the least amount of fuel. “The conditions were not easy. This edition was daunting for everyone,” underlines Marc Rostan, a perennial Le Mans 24 Hours participant. “We arrived here with humility and we leave with a sixth place. The team is very pleased with this result and personally I’m satisfied.” 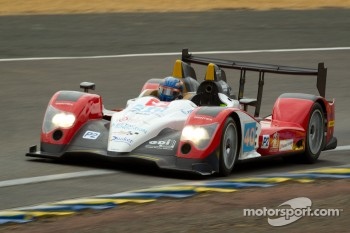 The #40 ORECA 03 never encountered any major issues. “The ORECA 03 is definitely the best car I’ve ever driven at Le Mans.. I spent four hours in the car during the night and I must say that I was comfortable. I respected the plan and this allowed us to do 12 laps stints, giving us a good performance in the Michelin Green X Challenge. This sixth place is good as we move ahead in the season.”

“I’m really happy to see the Signatech-Nissan team on the podium” declares Hugues de Chaunac, Président of Groupe ORECA. “Three ORECA 03 were at the start, two are at the finish with a good 6th place from Race Performance. The third car’s retirement was caused by an accident. For its first participation at such a difficult event, the ORECA 03 showed its qualities. : pure performance and reliability. We will capitalise on this result to offer an even better car in the future.”

It should be noted the encouraging beginnings of the ORECA SWISS HY TECH-Hybrid of Hope Racing. For its competition debut, the car showed good potential during the first hours to be in the top 20. Zacchia/Lammers/Elgaard completed 115 laps before retiring. The Benoit Morand led team will now focus on developing the car, based on the ORECA 01 chassis which finished fourth in the 2010 Le Mans 24 Hours, and take part in the remaining rounds of the Intercontinental Le Mans Cup. Next step for ORECA Racing Car Manufacturer will be in July for the 6 Hours of Imola where the Intercontinental Le Mans Cup racers will join the Le Mans Seris participants. Signatech-Nissan and Race Performance will be there, as well as TDS Racing and Boutsen Energy Racing. Three ORECA-FLM 09 will also be on the grid.