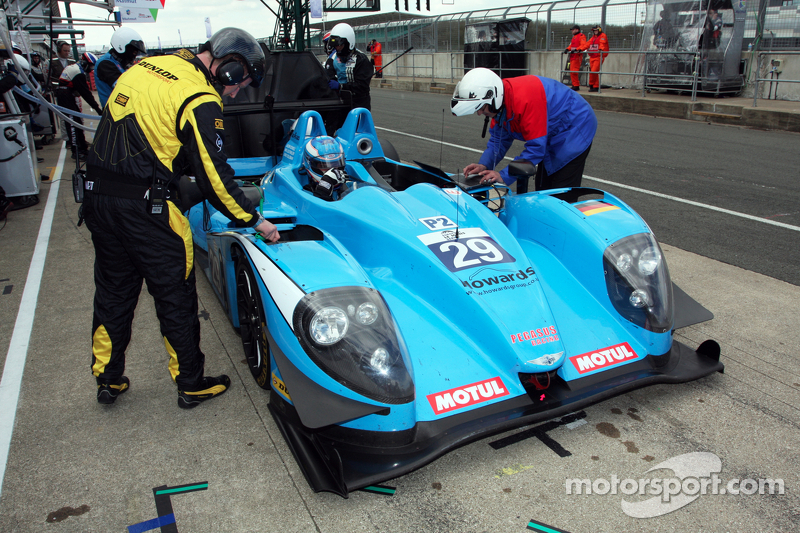 The official press release sent out by the Automobile Club de l’Ouest on Monday 28th April in the early afternoon confirmed the good news. The Strasbourg-based outfit, Pegasus Racing, originally fifth on the LM P reserve list when the first set of entries was published on 13th February 2014, joined the teams invited to take part in the 82nd Le Mans 24 Hours after the withdrawal of several contenders. For Julien Schell and his troops the countdown has begun to be ready for the test day on 1st June.

The whole team was absolutely over the moon when they heard the news as team manager and driver Schell explains: “We’re very happy to hear that we’ve been included on the list of entries for the Le Mans 24 Hours. In 2010 we started the race but failed to make it to the finish, so our main aim will be to see the chequered flag in the highest possible position in keeping with our philosophy. At the end of 2013 when we won all the titles in the Speed EuroSeries Niki Leutwiler and I promised each other that we’d do Le Mans together. When we learned that we were pretty far down on the list of reserves it was a bit of a blow as it created a stumbling block for our project. However, we didn’t lose hope as there are always withdrawals. We were right to believe in it and from now on every minute counts!”

One of the team’s most pressing tasks is to reach agreement with a third driver. “Unfortunately, Jonathan Coleman, who is the third member of our driver line-up in the Pegasus Racing Morgan-Nissan LM P2 in the European Le Mans Series, won’t be with us at Le Mans,” says Schell. “We’re going to be talking to other drivers to try and finalise things before the test day.”

Schell is automatically qualified as he raced in the 2010 event, but Leutwiler who is a rookie will have to do his test on the simulator on 12th May as well as the 10 obligatory laps on the big Sarthe circuit on 1st June. A week later scrutineering will begin on the place de la République in the town centre. Then follow the autograph sessions, practice, the Drivers’ Parade, press conferences, etc as the Le Mans week builds up to a climax when the pack is unleashed on 14th June at 15h00 to thrill the millions of fans of the greatest endurance race in the world.