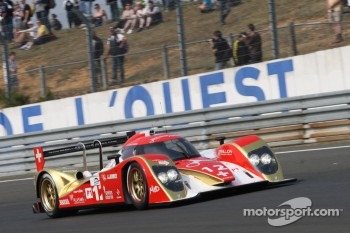 The Le Mans 24 Hours Test Day was an important date on the REBELLION Racing 2011 agenda. The Swiss team used the occasion to test two heavily revised Lola-Toyota LMP1 cars, each with a new aerodynamic kit, new front suspension, a longer wheelbase and the introduction of the wider front tyres supplied by Michelin.

As the only opportunity to test on the unique Le Mans 24 Hours circuit, the test day was of paramount importance ahead of the race in June. The team’s six drivers, Neel Jani, Nicolas Prost, Jeroen Bleekemolen in the Lola-Toyota #12 and Andrea Belicchi, Jean-Chistophe Boullion, Guy Smith at the wheel of the #13 completed a high number of laps, thus carrying out important development work and gathering valuable data for the engineers in the team, Toyota Motorsport and Lola Cars.

After 8 hours of testing on the famous Le Mans 24 Hours circuit, the REBELLION Racing team were satisfied with what they found. All the new developments pleased the drivers and the engineers were reassured about the potential of the car and its line of progression for the forthcoming Le Mans 24 Hours race as well as the remaining rounds of the Intercontinental Le Mans Cup and the Le Mans Series.

Bart Hayden, REBELLION Racing Team Manager: "The improvements on the car are all pointing in the right direction and should help us improve our performance at the 24 Hours race. We already have a good understanding of the new configuration of the Lola-Toyota and where to work for the further development of our cars. We leave Le Mans with a lot of data and information. However, this test day at Le Mans has highlighted a fact that we feared, the current 2011 regulations have not effectively addressed the equivalence between diesel and petrol engines. We could understand a 4-5 second gap which would be in line with the ACO’s intention of an acceptable 2% difference, but 10 seconds is way off the mark. We hope that the ACO will look seriously at this situation in the next few weeks. In our case, as usual, we'll concentrate on our work and the next race at Spa. We will focus on our races and work hard to target the best position overall."

Many new features have been tested this Sunday, we started to find satisfactory options for the near future.

Neel Jani: "Many new features have been tested this Sunday, we started to find satisfactory options for the near future. When you see how we are passed in the straights, it's hard to believe that only the aerodynamics makes all the difference. We know the technical superiority that the factory teams can have, but 10 seconds a lap is a lot, the difference now between us and the top diesel cars looks like Formula 1 and GP2."

Nicolas Prost: "We can be satisfied with our day. We arrived with a new package and quickly found a suitable balance. We were able to work in detail on the set-up even though we only had one day of testing. It’s not much time to assimilate the information with many interesting features in the car. However, we can only be sceptical about the current engine regulations given the lap times achieved on this day. "

Jeroen Bleekemolen: "Today was a big day test with a lot of things to try and we went through our programme. We learned a lot today. There is now a lot of work to do to transform the feedback into improvements for the race. Then it will lead us to make a difference..." 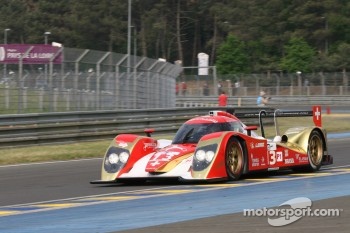 Jean-Christophe Boullion, "We essentially tested a new car today. Everyone gave his opinion, and tonight we have a better understanding of how it works. We still have much work to do to maximize its potential, but based on my own experience, I now have the certainty of a more efficient car. Our next race at Spa-Francorchamps will be for the car, a very good reliability test before Le Mans 24 Hours race."

Andrea Belicchi: "The whole team worked well today. Data that we recorded will be valuable to develop the car for the 24 Hours. I already felt a benefit from the improvements. We will probably lack a bit of top speed on the straights, it appears that the regulations still largely benefit the diesel cars..."

Guy Smith: "Given the large number of improvements on the car from Le Castellet, today was for us an extended shake-down on the Le Mans circuit. In terms of pure performance, we do not really know where we are because of issues of equality between diesel / petrol and even petrol / petrol. We learned a lot and now have adequate information to analyse. This day will therefore help us to grow to be in the best form possible in a month and a half."

The next race event for REBELLION Racing and both of their Lola-Toyota cars will be the 1000 km of Spa from 5th to 7th of May, that race being the second round of both the Intercontinental Le Mans Cup and the Le Mans Series.

The Good, The Bad, and The Ugly: Randy Bernard