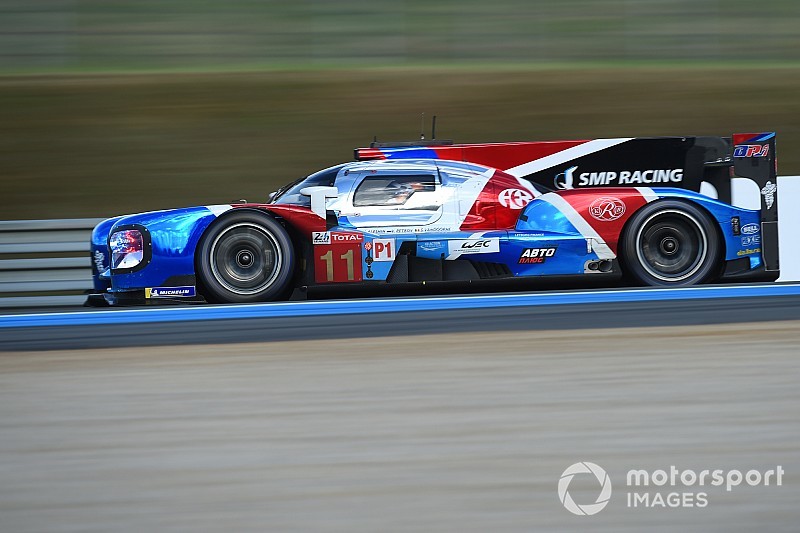 Michelin asked the privateer teams ahead of a development test at Aragon in April whether they were in favour of the introduction of a new tyre for the FIA World Endurance Championship finale.

Unanimous agreement of all the teams was required and the SMP voted against the move.

"We didn't want to arrive in Le Mans week with a new tyre that we didn't know," Philippe told Motorsport.com. "When we race new tyres we need to be able to prepare properly with Michelin."

Michelin endurance programme manager Jerome Mondain explained that the development timescale for the new tyre would not have permitted it to be ready in time for the official Le Mans test day at the start of June.

"We said from the beginning that we would only be able to bring something straight to Le Mans," he told Motorsport.com. "We could have brought one new compound, but probably not all the tyres in that compound necessary for the event."

The tyre development programme was instigated last year at the behest of the WEC organisation. It had been planned to start the process during a test organised on the opening morning of the Shanghai event in November.

But this session took place entirely on a wet track, which meant the development process didn't begin until the official two-day test ahead of the Sebring 1000 Miles in March.

The privateers, like the factory Toyota team, have three different specifications of tyre available to choose from: a medium, soft/hot and soft/cold compounds.