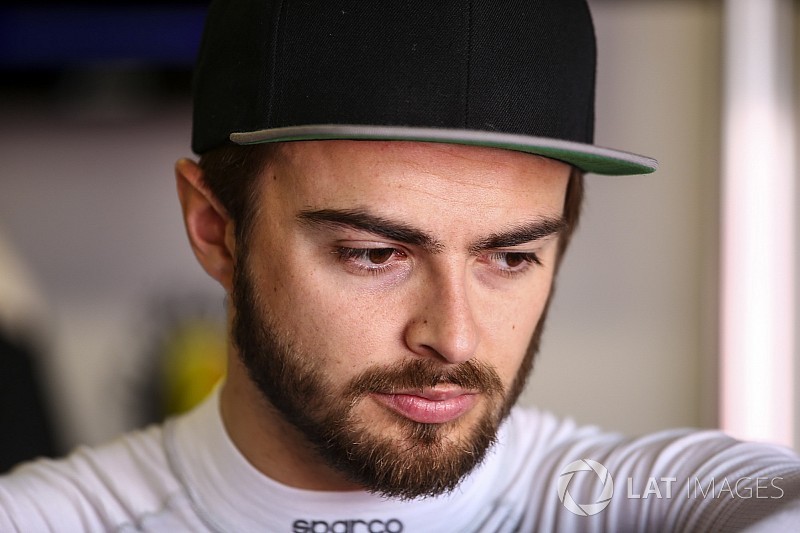 Ex-Formula 1 driver Will Stevens will return to LMP2 in 2018 with a deal to drive for the Panis-Barthez Competition team in both the European Le Mans Series and the Le Mans 24 Hours.

Stevens, 26, first switched to endurance racing in 2016 after losing his Manor F1 drive at the end of the previous year, finishing second in class at Le Mans with the Jota Sport-run G-Drive LMP2 squad.

In 2017 the British driver turned his attentions to GT racing, finishing runner-up in the Blancpain GT Series Sprint Cup for the WRT Audi team and winning his class at Le Mans in a JMW Motorsport Ferrari 488 shared with Rob Bell and Dries Vanthoor.

Now Stevens returns to LMP2 for the 2018 campaign, partnering Timothe Buret and Julien Canal in Panis-Barthez's Ligier JS P217 for a third attempt at Le Mans and the full ELMS season.

WEC LMP2 champion Canal makes the move to the team from Rebellion Racing, which has returned to LMP1 after a sole season in LMP2.

"The year after the end of my experience in F1, I realised how exciting it is to drive an endurance prototype," said Stevens. "I felt really good from the beginning in LMP2.

"To complete my experience as driver, last year, I focused on GTs, but for the season 2018 I’m excited to be back in an LMP2."

Team boss Olivier Panis added: "For the 2018 season, we managed to keep on board Timothe Buret, associated to the huge experience and records of Julien Canal and a top talent like Will Stevens.

"With this mix, I am sure we will be one of the strongest team on the grid. I can’t wait to see them in action."

Panis-Barthez finished seventh in last year's ELMS standings with Buret and Fabien Barthez, the former Manchester United goalkeeper who founded the team along with ex-F1 star Panis in 2016.

Barthez has stood down from driving duties for this year, but remains an ambassador for the team.