Stevens starting to “prove himself” with Le Mans Am win 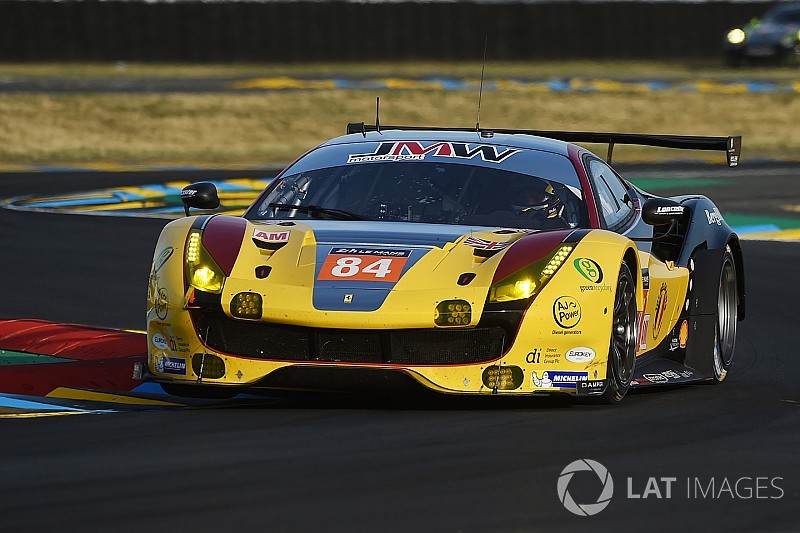 Will Stevens says he is starting to “prove himself” as an endurance racing driver following his GTE Am class victory in the Le Mans 24 Hours.

Stevens, who raced for the now-defunct Marussia Formula 1 squad in 2015 before making the switch to sportscars last year, came away with a dominant win in the GTE Am division at La Sarthe weekend in the JMW-run #84 Ferrari he shared with Rob Smith and Dries Vanthoor.

Last year, Stevens made his first Le Mans start for the G-Drive LMP2 squad, but decided to eschew the chance to return to the prototype class in favour of a tilt at GTE-Am honours.

The Briton said a mistake-free run was key to the JMW squad’s success as the ELMS-entered outfit ended up two laps clear of its nearest class rival, the #55 Spirit of Race Ferrari.

“For sure we expected to be strong,” Stevens told Motorsport.com. “We had a great line-up, a great car in the #84 and the team did an amazing job.

“The pitstops were quick, we didn’t make any mistakes on track and that counted for a lot on track. The number one rule at Le Mans is make no mistakes.

“During the night we really pushed on a tried to get a bigger gap. The pace was super-strong then.

“I’m just really happy that I got this opportunity. The results are really starting to come now. I need to prove what I can do coming from Formula 1 and bits and pieces I’ve done before. I’m starting to do that.”

Stevens’ main programme in 2017 is in the Blancpain GT series with Audi, but the 25-year-old suggested his Le Mans class win could open the door to more regular GTE appearances next season.

“in terms of next year, who knows, but these kinds of results carry huge momentum,” he said. “Hopefully I'm proving to people what I can do and what I can bring. Let’s see.

“My main focus for the championship this year is Blancpain, and results there have also been strong, We’re in a good position in the points.

“When you can come and do huge one-off races like Le Mans and come away with a win, that’s extremely pleasing to come and do.

"Let’s wait and see. We’ve still got a long way left in the year and who knows where we’ll be next year.”