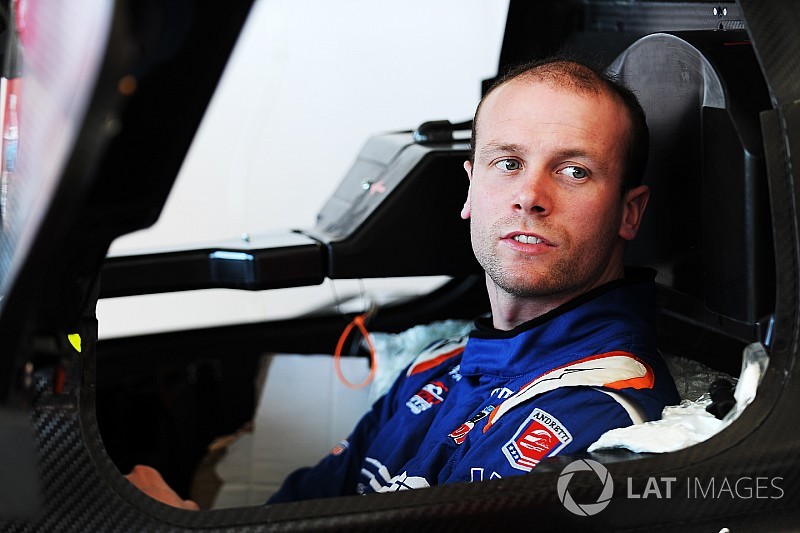 Dean Stoneman has been dropped from the Manor Ginetta LMP1 team's line-up for next month's Le Mans 24 Hours.

The 2014 GP3 series runner-up has been replaced in the #5 Ginetta-Mecachrome G60-LT-P1 in the blue riband FIA World Endurance Championship round on June 16/17 by Ginetta test driver Mike Simpson.

The move, which puts Simpson in the car alongside fellow Ginetta driver Charlie Robertson and reigning European Le Mans Series champion Leo Roussel was described by the British constructor as a "tweak" to its line-up.

Ginetta was unable to given a reason for the revised line-up, while Stoneman told Motorsport.com that he was "still trying to get to the bottom" of the move.

"They informed me I wouldn't be driving; it's as simple as that," he said.

Ginetta has supplied the drivers for the #5 car, having expanded its involvement in the Manor-run CEFC TRSM Racing squad after a deal with a second customer team looking to field a pair of Ginettas in the WEC failed to come to fruition.

The Manor's place on the Le Mans entry was confirmed yesterday with the publication of the cars invited to participate in the official test day on June 3.

It follows the team's non-participation in the race at the opening round of the WEC at Spa earlier this month.

The two Ginetta P1s only undertook installation laps in each of the three practice sessions.

Ginetta said it was unable to allow the cars to race courtesy of the non-arrival of funds from Chinese promotion agency TRS and its sponsor CEFC China Energy conglomerate.

It is understood that the two G60s have remained based at Ginetta's Leeds headquarters and have yet to go to Manor's Silverstone workshops.

Stoneman, who said he had been ready to quit the sport prior to his invite to race for Manor, said he was now evaluating his future.

"I've got nothing going at the moment," he said. "If I can find something, I'll carry on racing, but if I can't maybe I'll stop."