The two Toyota LMP1s were separated by just under a second at the end of the Le Mans 24 Hours test day after Sebastien Buemi found two big improvements in the afternoon session. 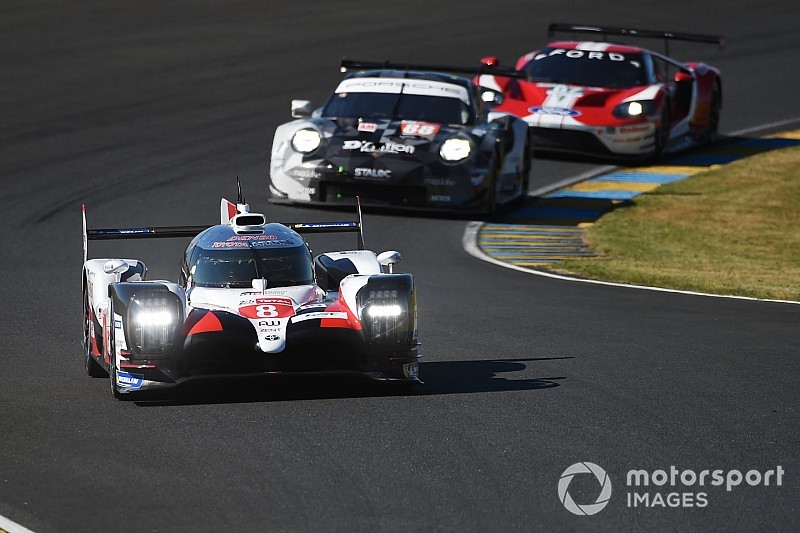 The Swiss driver posted a 3m20s.068s, four tenths up on teammate Fernando Alonso's previous best, with just over an hour to go and then improved again to a 3m19.440s in the closing minutes of the afternoon session.

Buemi said: "It was all about making sure you didn't get traffic. The times were a tiny bit slower than last year, but the track was getting cooler at the end, so we should have seen similar lap times."

LMP1 times were down on this time last year, when the conditions were cooler for much of the test day which finished with Alonso topping the times on a 3m19.066s.

Andre Lotterer was the quickest of the non-hybrid LMP1s after finding a big improvement in the closing stages to end up on 3m21.323s in the #1 Rebellion R-13-Gibson.

Stoffel Vandoorne, who undertook his first laps of the full Le Mans circuit during the test, then jumped to fourth ahead of the second Rebellion with a 3m22.061s in the #11 SMP Racing BR Engineering BR1.

Nathanael Berthon took fifth with a 3m22.194s in the #3 Rebellion just ahead of Stephane Sarrazin in the #17 SMP entry.

Renger van der Zande improved the DragonSpeed BR1's best time to a 3m25.211s, only good enough for seventh but 1.7s clear of the ByKolles ENSO CLM P1/01 of Tom Dillmann. 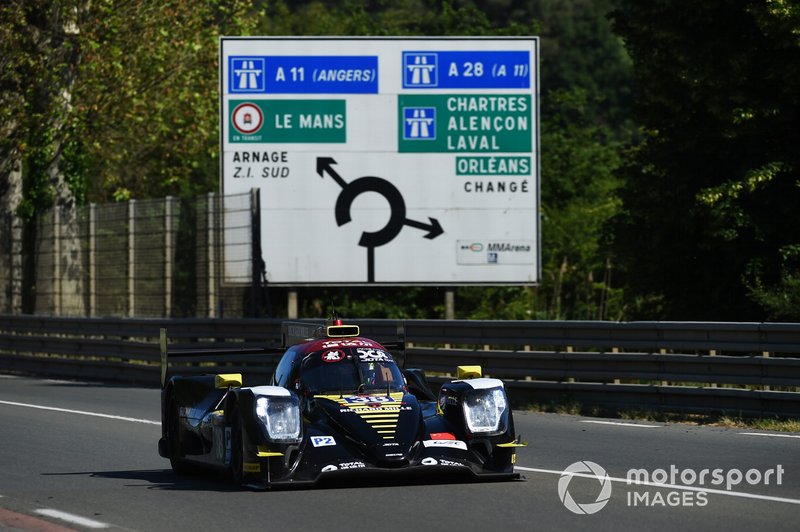 Nicolas Lapierre managed a 3m28.997s in the Signatech Alpine Oreca to take third in class ahead of the #39 Graff Oreca of Tristan Gommendy and the #28 TDS Racing Oreca of Loic Duval. 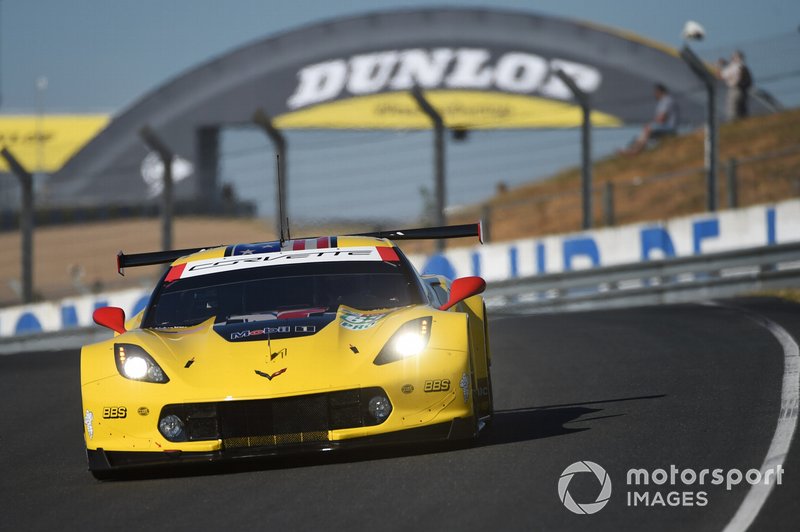 Mike Rockenfeller topped the times with a 3m54.001s to end up just three hundredths faster than the Ganassi Ford GT in which Harry Tincknell posted a 3m54.032s earlier in the four-hour session.

The second Chevrolet Corvette C7.R took third with a late 3m54.036s from Tommy Milner, while Davide Rigon was fourth in the best of the factory AF Corse Ferrari 488 GTEs with a 3m54.103s.

The top 12 GTE Pro cars, incorporating entries from Chevrolet, Ford, Ferrari and Aston Martin, were separated by less than a second, although times in the class were some way off those from qualifying for last year's 24 Hours.

The Scuderia Corsa-run WeatherTech Racing Ferrari led the way in GTE Am with a 3m56.862s from Toni Vilander, beating Matt Griffin's Clearwater Ferrari and Giancarlo Fisichella's Spirit of Race car by less than a tenth of a second.