Tincknell on Ford vs. Porsche: “We couldn't have done any more" 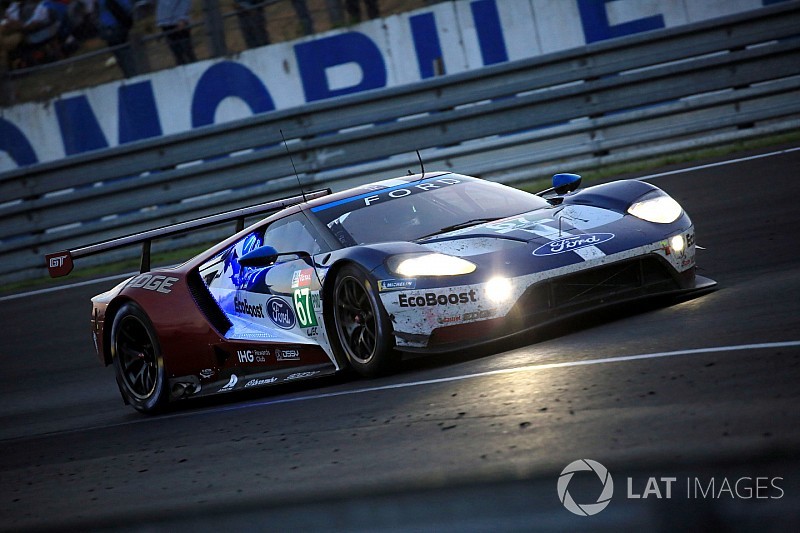 Despite finishing only fourth in the 86th Le Mans 24 Hours, Harry Tincknell said he’s pleased with his and the Chip Ganassi Racing team’s performance that saw two of its cars reach the top four.

Tincknell and co-drivers Tony Kanaan and Andy Priaulx steered the  #67 Ford GT to fourth place, one place behind teammates Sebastien Bourdais, Dirk Muller and Joey Hand in the #68 car.

However, Tincknell said he was satisfied that he and the team had given all they had in trying to overthrow the dominant Porsche 911 RSRs, which saw Priaulx briefly pass the second-placed car of Frederic Makowiecki, and Bourdais engage in a bitter duel with his compatriot’s 911.

“I’m really happy,” Tincknell told Motorsport.com. “I gave the absolute maximum as did the whole team and the car didn’t miss a beat the whole race.

“It’s weird; it came after probably the worst build-up to any race, let alone a Le Mans, I’ve ever had. Struggled to keep the car on the track, we weren’t really doubting the chassis was OK from the shunt at Spa, but we got our heads down and remained positive and didn’t ever give up.

“The race ebbed and flowed and the luck of safety cars and slow zones came and went, and at one point it looked like we were challenging for second.

“Nobody wants to finish fourth because obviously you want to be on the podium but I’m really happy with the job we did and with the pace that we had. The pitstops were great, the brake changes were perfect, and I can’t say any more about Ford. And points for the championship which is obviously what we need after a bumpy start in Spa.”

Asked if there was anyway to threaten the victorious Porsche pair, Tincknell suggested not.

“Andy did some great fighting with the second Porsche,” he replied, “and made a great move to pass him. But as you saw in that great battle with Seb, they’ve just got so much power that it was their race to lose, I think. As soon as that [3min]47.5 went in in qualifying, I think we all knew the writing was on the wall in terms of what our car could achieve.

“That’s why I’m happy with fourth place. We couldn’t have done any more and I can go to bed tonight with no regrets.”

Asked why his #67 car was around 1 minute behind its sister car, Tincknell replied: “Well like I said, the race ebbed and flowed. We got a really well-timed safety car to get on the back of them, but the only issue we had was that on one pitstop we only had half a tank of fuel go in, which put us off strategy, and so we were always then at risk of being lucky or unlucky, and another safety car came at the wrong time and dropped us a minute back.

“But the #68 did a perfect job too. So third and fourth behind the two Porsches is all we could do.”