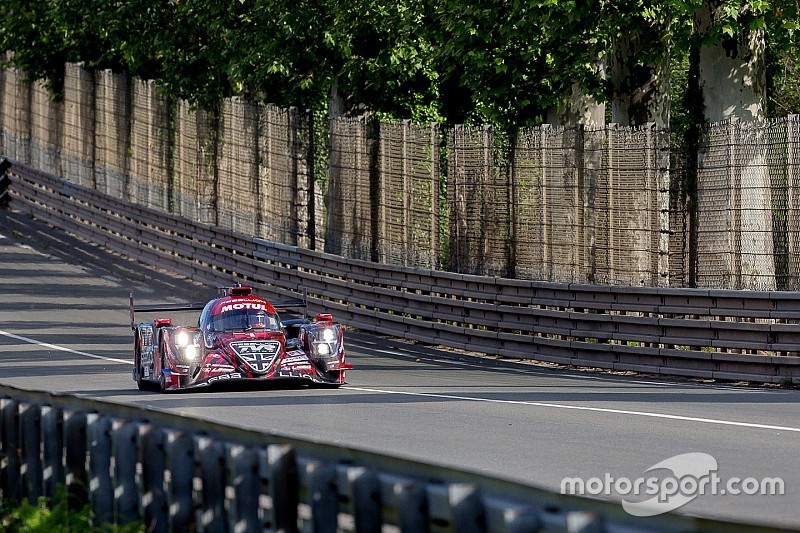 Toyota has described the Rebellion and SMP Racing LMP1 teams as "very serious competitors" after their performances in Sunday's official pre-race test ahead of the Le Mans 24 Hours.

The Japanese manufacturer's technical director Pascal Vasselon admitted to being impressed by the speed of the Rebellion R-13-Gibson and SMP Racing's BR Engineering BR1-AER over the course of the test day on the full 8.47-mile Le Mans circuit.

The fastest Rebellion time of 3m19.680s set by Mathias Beche was only six tenths away from the 3m19.066s Fernando Alonso posted to top the classification aboard his Toyota TS050 Hybrid and just ahead of the second Toyota in third place.

Vasselon said: "They are coming strongly, so we cannot rest so much.

"What we are interested in is the progress, because obviously our new competitors are not stabilised in their performance development.

"We have seen very large progress for the Rebellion and even more for the SMP cars."

Asked if he thought Toyota would have a fight on its hands to finally break its Le Mans duck, Vasselon replied: "It looks like that. We are already pushing and we will try to find some extra tenths."

Rebellion was content with its performance on Sunday, suggesting that the times from its Oreca-built contender were as its simulations predicted.

"I wouldn't say we are hopeful of being able to race the Toyotas, but we are encouraged."

He pointed out that the privateers were also fighting against the additional lap the Toyotas will be able to do each stint and the five seconds they will gain during each refuelling stop.

The SMP team said that its focus yesterday had been on understanding the aerodynamic revisions introduced for the test and getting its three Le Mans rookies, including Jenson Button, the 10 laps necessary to qualify them to take part in race week.

The six-tenth margin between the Toyota and the best of the P1 privateers was roughly in line with an advantage of half a second a lap that the rulemakers have promised the Japanese marque under the Equivalence of Technology rules used to balance the hybrid and non-hybrids.

Toyota ended up slower than at the test 12 months ago because it did not undertake qualifying simulations with either car this time.

But Vasselon said that improvements to the TS050 since last year and high-grip levels yesterday meant that Toyota's simulations predicted that a 3m17s lap would have been possible.

Vasselon said that in terms of race pace the TS050s "were significantly faster than last year".

Montoya: “I had no idea how cool Le Mans would be”