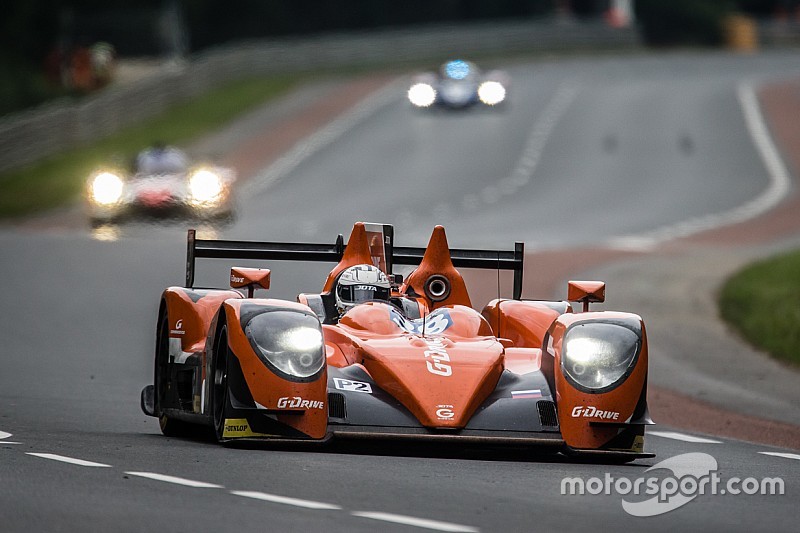 Ex-F1 racer Giedo van der Garde believes he can win the LMP2 class of the 24 Hours of Le Mans at his first attempt with G-Drive Racing.

Van der Garde has put his Formula 1 career behind him after making a comeback in prototype racing.

The 31-year-old race car driver switched to the European Le Mans Series and won his first race at Silverstone together with Simon Dolan and Harry Tincknell. After scoring a second place at Imola, he and his team extended their championship lead.

“I’ve learned a lot during the first ELMS races,” van der Garde told Motorsport.com. “It’s important to show that we are quick, but getting through traffic was something new to me. Consistency and getting well through traffic, does the trick.”

“If that works out well, you can win four to five tenths of a second per lap. Multiply that by the entire race distance and you can gain a lot of time.

“Lapping cars was something to get used to and I’m very pleased with the performance.”

Not the fastest car

There is fierce competition in the LMP2 category, and van der Garde is wary of his rivals.

“I think the Oreca cars are stronger than ours,” he admitted. “It is a result of the tyre change at the beginning of the season. I believe we are half a second slower, maybe even more.

“The Alpine car with Nicolas Lapierre is one to look at closely, also the other G-Drive [Oreca 05] is strong, just like Manor. These three are the ones we need to watch.

“But of course, anything can happen during a race over 24 hours. It’s important to keep calm, make no mistakes and making sure the risk of mechanical failures is reduced to the minimum.”

Aiming for top step of podium

Van der Garde believes that he forms a good team together with Simon Dolan and Jake Dennis, and could have a shot at the top step of the podium.

“The driver line-up is strong,” he said. “Simon has done well at Le Mans already. He won two years ago and finished second with the Gibson last year.

“He knows how to pilot the car and he can help us too. Jake and I are both fast and are able to maximise the car’s performance.

“The target is simple: we want to win! It would absolutely be amazing if we can jump onto the top step of the podium on Sunday.”