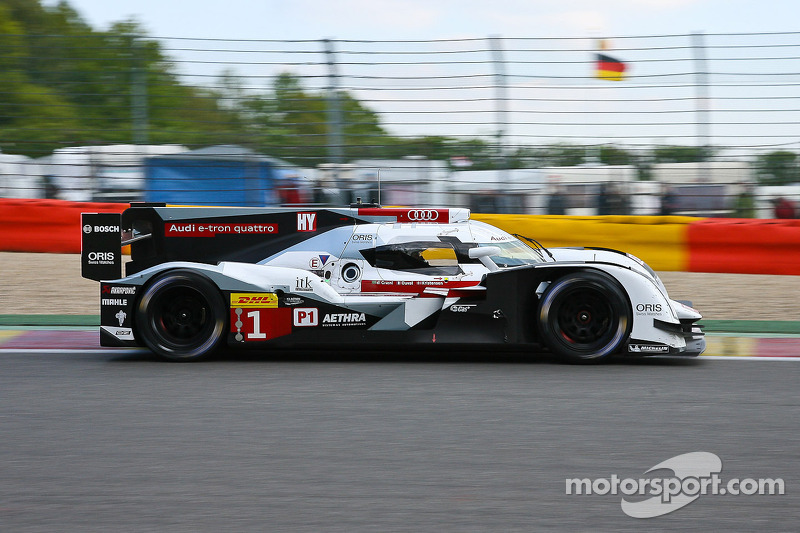 We've all heard the term 'aero package' before, but what exactly does it mean?

We hear a lot from manufacturers about aerodynamics, or ‘aero packages’, and this will definitely be the case for the forthcoming 24 Hours of Le Mans where cars will be running a specially designed configuration to accommodate the long straights and high speed turns of the 14km circuit. But what does this mean?

In the case of automotive or the motorsport industries, aerodynamics is the study of moving air over a car in motion, and how that airflow will affect the car's movement through the flow. The art of car aerodynamics is used to make passenger vehicles safer and more fuel efficient, but it is in race car design that aerodynamicists are at their most valuable. High speeds create an even greater need for specialised designs, and a good team of aerodynamicists can be worth their weight in gold to a racing team.

Using the same principles that apply to aircraft, the shape of a car’s chassis is similar to an inverted wing that creates downforce rather than lift. This keeps the car on the ground at high speeds and increases traction around curves because the air under the car is moving faster than that the air above it. Slower moving air creates greater pressure, forcing the car down against the track.

Downforce must be balanced against drag, which slows the car. Designs are refined through research using firstly CFD (Computational Fluid Dynamics) and then wind tunnels. The goal is to find the most efficient compromise between downforce/drag for the best handling at the highest possible speeds.

“To achieve the efficiency targets defined by the regulations, it is necessary to find the perfect ratio between aerodynamic drag and downforce,” confirms Dr Martin Mühlmeier, Head of Technology at Audi Sport. “Using multiple simulations, we try to clarify even before the first test whether or not the car generates sufficient downforce to achieve the desired cornering speeds. At the same time, it is necessary to prevent excessive aerodynamic drag because we have to be fast on the straights as well. Another challenge resulting from the 2014 regulations is to design the aerodynamics in a way that optimally complies with the specified consumption targets.”

All manufacturers therefore develop two developed two variants: one body version with minimal aerodynamic drag for Le Mans, and one for the other seven FIA WEC tracks that require higher downforce.