Chris van der Drift and Evan Chen made amends for disqualification in the opening race to claim their third Super Trofeo Asia victory of the season at Suzuka.

But a charging display in the second race allowed van der Drift and Chen to move back into the championship lead, with a third win in four races.

In Saturday's opener, pole-sitter Juuso Puhakka led away from the rolling start in the #63 FFF Racing Huracan, beating Toyota Racing Series regular Brendon Leitch in the #7 Leipert Motorsport car into the first corner.

Puhakka's early advantage was short-lived as the safety car was deployed to recover the cars of Gabriele Murroni and teammate Samson Chan also retired after contact with Jun Tashiro's Promotion Racing machine on lap five.

Puhakka maintained his lead at the restart but had to defend heavily from the pursuing Brendon Leitch, Richard Muscat and Chen, with the latter the first of the leaders to serve the mandatory driver-change pit-stop.

Chen handed over to van der Drift, who worked his way up the field, eventually taking the lead from Puhakka's team-mate Takashi Kasai.

But despite crossing the line first, van der Drift and Chen were stripped of their win for a ride height infringement, thus handing the Pro-Am VSR pairing of Alex Au and Yuki Nemoto their first win of the season.

Having qualified third for Sunday's second race, van der Drift maintained position at the start of the race, as polesitter Afiq Ikhwan Yazid led the way in his #38 Hojust Racing Huracan.

Yazid's lead was never more than 1.5s over Nemoto and the latter was shuffled to the front of the pack following the mandatory pit-stops.

Puhakka held fourth place early but was played into contention just as the pit window closed; Angelo Negro slid off at Spoon Curve, bringing out the safety car for the second race in succession.

This bunched the pack up and ensured a three-way battle for the lead once racing resumed.

Chen and Puhakka made quick work of Ochiai, who slowed coming out of the Degner 2 with an apparent slow puncture. The Japanese driver could only finish 11th at the finish.

Having taken over from Yazid, Alex Au was no match for Chen, who easily seized the lead under braking for the Chicane, with Puhakka grabbing second soon after.

The Finn was visibly faster in the opening two sectors of the lap and hounded Chen for the remaining two-and-a-half minutes.

But Chen was astute in defence and had just enough pace in the run through Spoon and 130R to hang on to the lead, eventually eking out an extra 0.2s on the final lap to claim victory.

Pro-Am honours went to Leitch and his teammate Massimo Vignali in third overall while the #44 of Clement Li and Paul Wong claimed Lamborghini Cup victory. 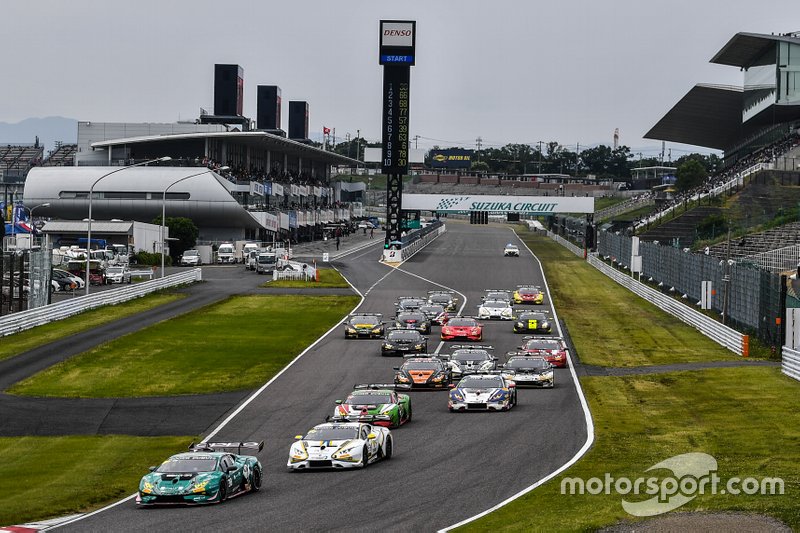 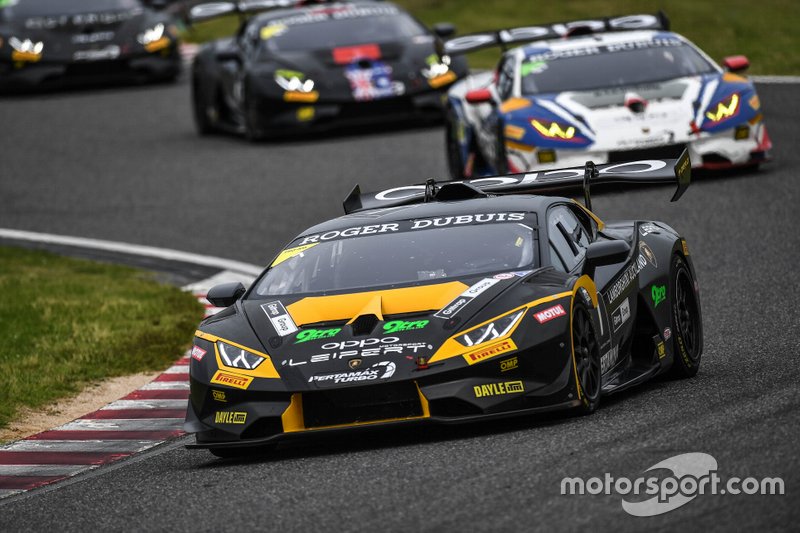 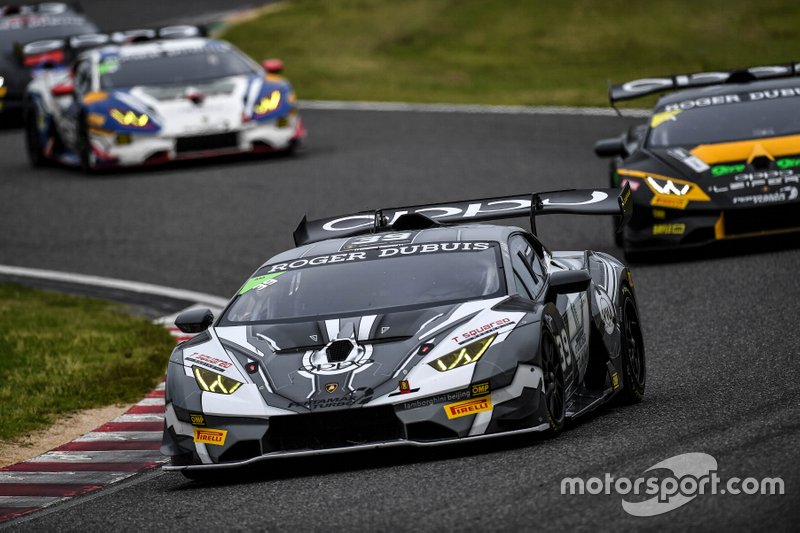 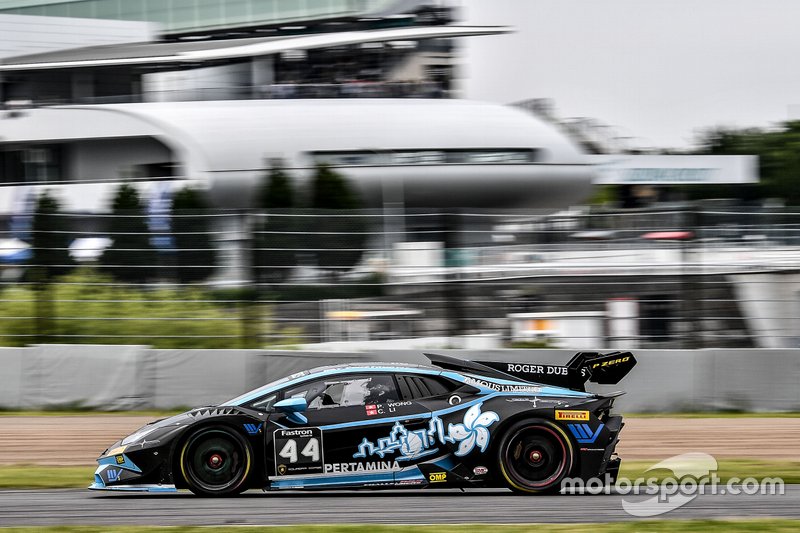 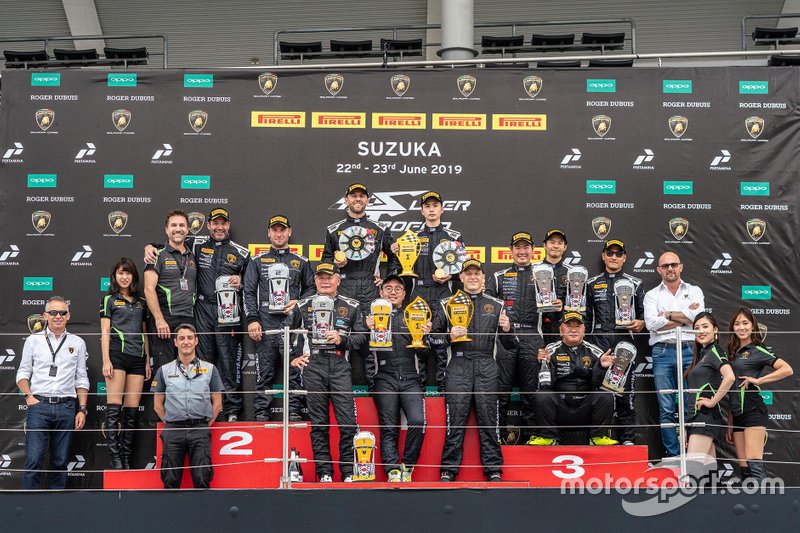