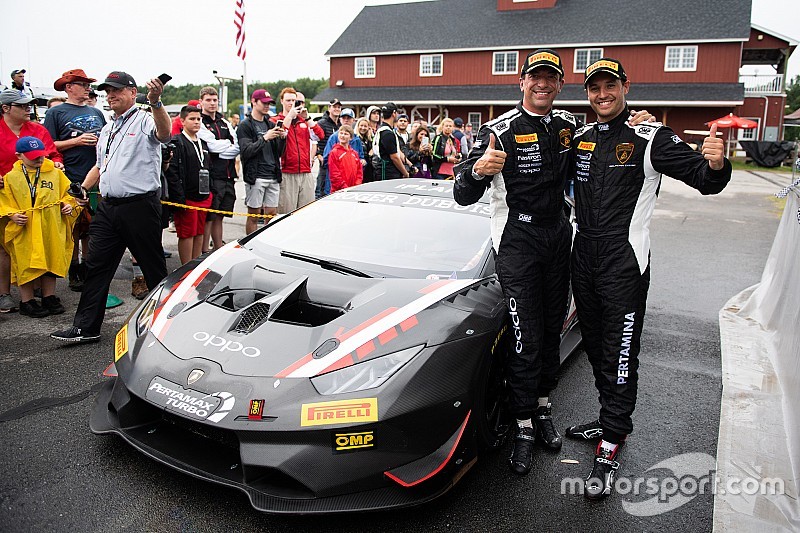 Michimi took pole for Saturday’s opening encounter and led the early stages from the #29 Change Racing car of Richard Antinucci.

Antinucci worked his way into the lead and maintained a slender advantage over Sbirrazzuoli, who moved into second after Michimi and Andrea Amici (Prestige Performance/Wayne Taylor Racing) collided at Turn 11.

Sbirrazzuoli stayed out longer than Antinucci as the pit window opened, which allowed the #27 – now in the hands of Ruberti – to leapfrog Corey Lewis who had taken over from Antinucci.

From then on it was a battle to the flag, with Lewis closing on Ruberti in the closing stages. Lewis and Ruberti banged door panels on the final lap, ending the race just three-tenths of a second apart in Ruberti’s favour.

Bad weather on Saturday forced the cancellation of qualifying for the second race, so the grid order was determined by championship positions, with each class lining up separately.

Lewis got a good getaway from the rolling start and led into the first corner, while Ruberti charged all the way through to second from fourth on the grid.

Ruberti was soon handed a drive-through penalty for jumping the start but a well-timed caution period for debris – off the back of Am driver Mckay Snow’s car – allowed the #27 to rejoin the back of the pack ahead of the pit window.

The full course caution also allowed Gdovic to close what had been a four-and-a-half second deficit to Lewis in the lead, but the #46 was soon passed by the recovering #1 of Mitchell for second.

Mitchell had a poor start from second on the grid and was forced to take to the wet grass on the exit of Turn 1 on the opening lap.

A forceful move on Gdovic under braking for Turn 11 at the end of the long back straight for second became the de facto lead when Lewis brought the #29 into the pits.

Keen to make the most of clear air however, Mitchell slid off onto the grass coming into Turns 8 and 9, going straight into the tyre barriers. He dropped to eighth before switching to Amici, who managed to secure a second fourth-place finish of the weekend.

Antinucci took over from Lewis in the #29 but brought the car back in again one lap later with apparent mechanical issues. Antinucci was also seen touring in the closing stages, with the #29 only managing a 12th place finish, and fourth in the Pro class.

This enabled not only Sbirrazzuoli to recover from the drive-through penalty in the #27, but it also allowed the Pro-Am US RaceTronics car of Damon Ockey and Jacob Eidson to finish a superb third overall.

Behind Amici in fifth was the best of the Am drivers in Steven Aghakahni (#6 US RaceTronics). The teenager finished second to Mckay Snow in the opening race but ended up ahead of the Pro-Am dup of Patrick Liddy and Ron Atapattu.

Sheena Monk finished second to Aghakhani in the Am class while Chad Reed/Justin Price and Thomas Lovelady split the Lamborghini Cup class honours.

Antinucci and Lewis still lead the championship on 101 points, 13 clear of Amici and Mitchell, while Gdovic moves to just one point further adrift in third.

The championship moves onto its final US-based round of the season at Laguna Seca in September, ahead of the World Finals at Jerez de la Frontera at the end of October. 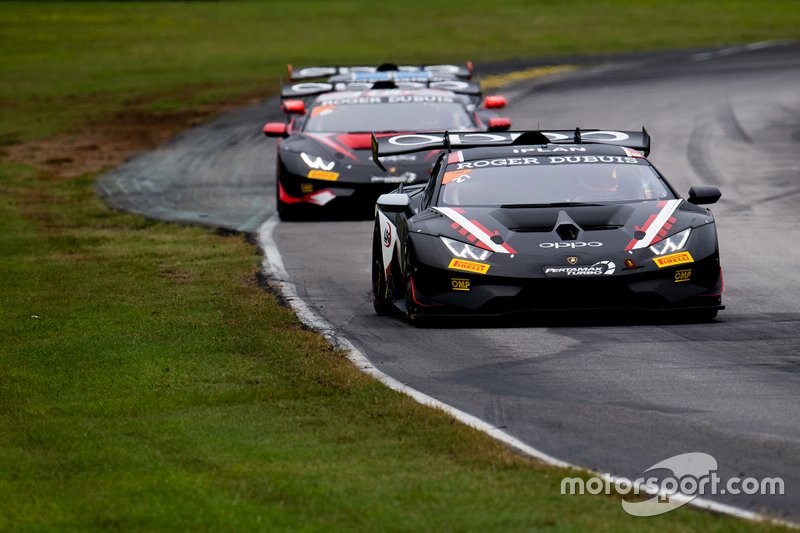