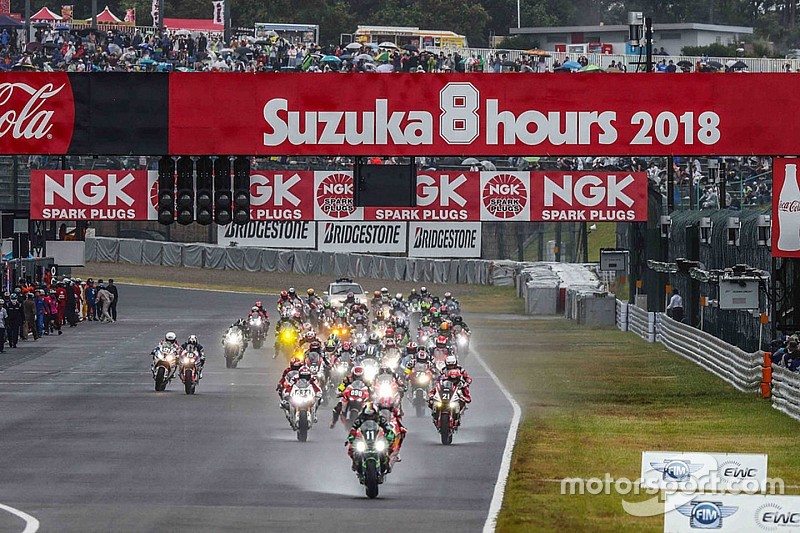 Yamaha has been unbeaten in the Suzuka 8 Hours since its return to the Japanese endurance classic in 2015, but a fifth consecutive victory might not come as easily in the face of stiff opposition from other manufacturers.

Yamaha’s biggest challenge is likely to come from Honda, which has emerged as the pre-race favourite on the back of an authoritative run in testing.

Honda swept all three days of running earlier this month and heads to Suzuka as the only manufacturer to break the 2m06s mark.

The Asakadai-based manufacturer finished second on its return as a factory team last year, but the shortcomings of the Fireblade package were uncovered during the dry phases of the race.

However, all signs suggest that Honda has made massive strives over the past 12 months, as shown by Takumi Takahashi’s four-race winning streak on the same bike in the All-Japan Superbike Championship.

While Bradl is a proven racer and Kiyonari brings a wealth of experience from his previous outings with the Moriwaki team, Takahashi’s speed at Suzuka makes him the ideal team leader as Honda chases a first Suzuka 8 Hours win since 2014. 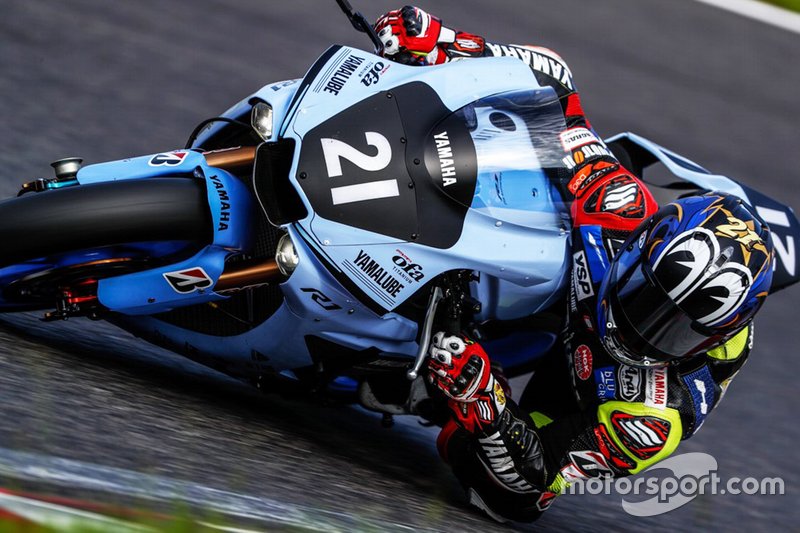 To get back on the top spot, Honda will have to defeat the mighty Yamaha Factory Racing, which may not seem as quick but is the most complete team on the entire grid.

Last year proved to be another testament to the Iwata outfit's strength; while Kawasaki, Honda and Suzuki all enjoyed stints at the front, it was Yamaha that finished the race on top with a healthy lead.

The key to victory was a trouble-free race, as Michael van der Mark and Alex Lowes made virtually no errors to sprint clear of its opposition in the final four hours.

The two, along with Katsuyuki Nakasuga - who was forced to miss last year’s race due to a collarbone fracture - form an unchanged line-up on the retro-liveried #21 machine for a third consecutive year, looking to extend their winning streak further. 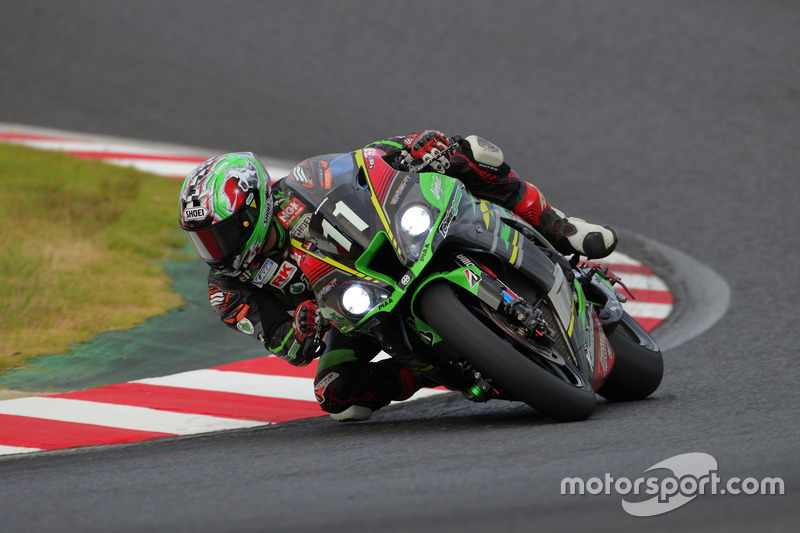 One of the strongest contenders for last year’s event was Kawasaki, which appeared to have it in the bag just before the halfway point of the stage.

However, a miscalculation with regards to fuel usage squashed its hopes of victory, before a crash in the wet conditions for Jonathan Rea left it a distant third - and a lap down - in the final classification.

Kawasaki will be keen on avoiding the same errors as it fields a full factory bike this time, instead of relying on its Japanese partner Team Green.

Rea, who romped to pole position last year, has been retained by the squad alongside his World Superbike teammate Leon Haslam, with Turkish rider Toprak Razgatlioglu the new addition to the team.

Kawasaki missed out on three-crucial days of pre-race testing while it competed in the Laguna Seca WSBK round, and was forced to play catch-up during practice on Wednesday.

While it has a proven machine and a Superbike rider regarded by many as the finest of his generation, a lack of testing means Kawasaki will have to pull something special out of the bag to score its first Suzuka 8 Hours win in 25 years.

Another manufacturer that would like to end its own victory drought is Suzuki, which hasn’t won at Suzuka in the last 10 years.

The team has refreshed its line-up for 2019, bringing in Kazuki Watanabe and Yukio Kagayama alongside the incumbent Sylvain Guintoli. However, Suzuki was no match for Honda and Yamaha in testing earlier this month and did little to bridge the gap in Wednesday practice.

Something major will have to change between now and Sunday for Suzuki to have a shot at the podium in the 42nd edition of the event. 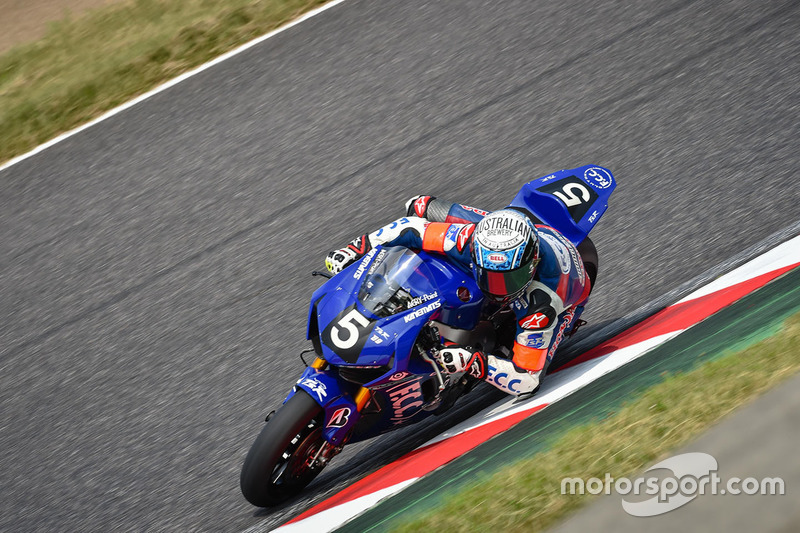 While it would be a shock for a non-factory bike to win at Suzuka, some privateer teams will be expected to keep the works machines honest, if pre-race testing is anything to go by.

HARC-Pro, of course, has won three races for Honda in this decade, most recently in 2014, albeit only in years the factory HRC squad didn't take part.

Another Honda outfit F.C.C TSR is a strong contender, thanks to its rider line-up of Josh Hook, Freddy Foray and Mike di Meglio. Former Avintia Ducati rider di Meglio is the new addition to the team and will make his Suzuka 8 Hours debut on the back of a podium finish in the MotoE season opener at Sachsenring.

The 42nd edition of Suzuka 8 Hours will take place on July 28. 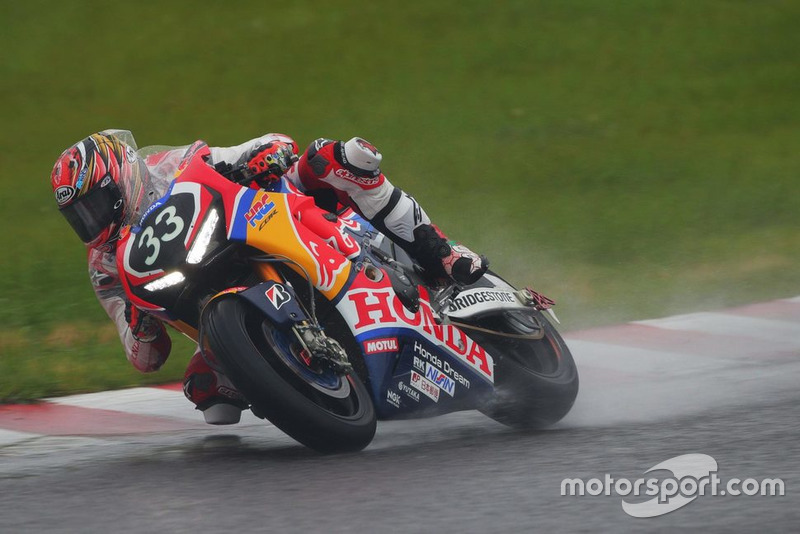