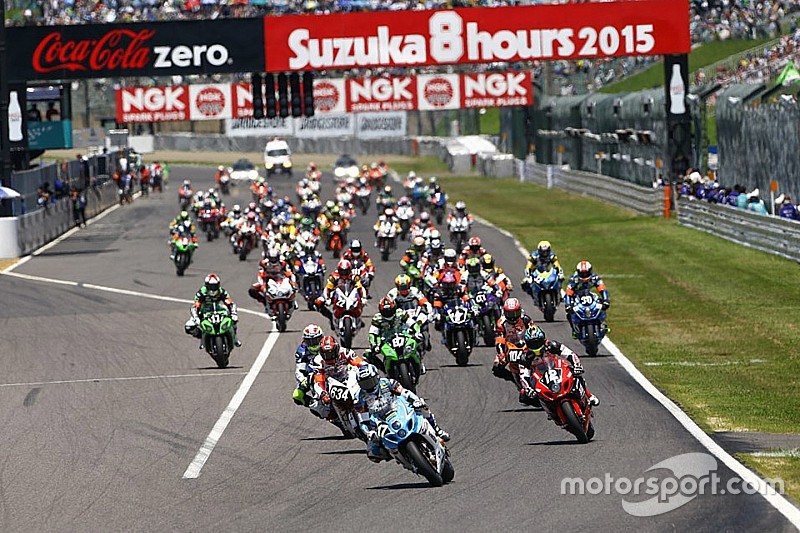 This year’s Suzuka 8 Hours was a must-see race for bike fans thanks to an influx of star names – and their success could prompt others to try their luck in future years, says Jamie Klein.

Prior to this year, I have to confess that I had paid little attention to the Suzuka 8 Hours – but the news back in March that Casey Stoner would be making a one-off racing comeback in Japan aboard a factory-blessed Honda was enough to pique my interest in the event in 2015.

Then, Yamaha upped the ante by wheeling out its duo of Tech 3 young guns Bradley Smith and Pol Espargaro for its first Suzuka assault as a works operation in 13 years, creating a realistic chance of a full-time MotoGP rider winning for the first time since the late Daijiro Kato back in 2002.

Releasing an all-new version of its R1 superbike on the 60th anniversary of the company’s inception, Yamaha expected nothing less than victory – and, albeit assisted by a spectacular exit for Stoner, both Smith and Espargaro delivered the goods, performing exceptionally on their Suzuka debuts.

The significance of bringing Yamaha its first in the event since 1996 can barely be overstated when it comes to both riders’ chances of remaining with Tech 3 for 2016.

Smith’s deal is directly with Herve Poncharal’s team, for which he has competed since 2011 in Moto2, and his results in MotoGP so far would probably have merited an extension regardless.

Victory at Suzuka however will have done his standing at the Yamaha head office no harm whatsoever, potentially putting him in a strong position to land a vacant factory seat in 2017 should either Valentino Rossi or Jorge Lorenzo depart.

Espargaro meanwhile is contracted directly to Yamaha, having been hand-picked off the back of his Moto2 title win in 2013 as a potential Marquez-beater. But his results have been less than stellar this season in comparison to Smith, notwithstanding a recurring arm pump issue.

It had been thought that standout Moto2 rookie Alex Rins was on Poncharal’s radar for 2016, with Espargaro the more likely of the existing Tech 3 men to get the chop – but helping Yamaha to Suzuka glory may just earn him a stay of execution.

The talent on display at Suzuka didn’t end with the aforementioned trio of Smith, Espargaro and Stoner – take a closer look at this year’s Suzuka 8 Hours entry list, and you’ll uncover all sorts of notable names from across the motorcycle racing world alongside the usual Japanese stars.

From World Superbikes, there was Stoner’s teammate Michael van der Mark, who never got the chance to ride following the Aussie’s crash, as well as Alex Lowes, who led much of the first hour aboard the Yoshimura Suzuki in his maiden outing in the event.

It seems an increasing number of up-and-coming riders are taking the event seriously as a way of gaining favour with the Japanese factories and advancing their careers, begging the question of whether we could see more active MotoGP riders have a go.

Could more stars be on the way?

Of course, there was a time when competing at Suzuka was de rigeur for the world’s top racers, many of whom would have an obligation to race in the 8 Hours written into their contracts.

Wayne Gardner, Wayne Rainey, Eddie Lawson and Mick Doohan are among those with Suzuka victories to their credit, along with, in later years, Colin Edwards, Alex Barros and a certain Valentino Rossi, who took the win in his second attempt alongside Edwards in 2001 for Honda.

But, such was the toll that the event took on the Italian’s body that year that he vowed never to race at Suzuka ever again.

It’s highly unlikely that Rossi would ever countenance a return at this late stage of his career and jeopardise his chances of future MotoGP glory, while Lorenzo is also sufficiently established at Yamaha to be able to resist any pressure from the factory to race at Suzuka.

On the other hand, Smith and Espargaro were hardly in a position to refuse Yamaha, and it’s possible that other young riders eager to impress in the Grand Prix world could find themselves struggling to say ‘no’ to their employers in 2016.

Honda, for example, won’t take Yamaha’s winning its own back yard lying down – and while Marc Marquez joining the fray seems doubtful, don’t rule out HRC recruiting Jack Miller, Scott Redding or even an under-pressure Dani Pedrosa for its bid at revenge next year.

Suzuki meanwhile has a pair of fast Spaniards on its books in the form of Aleix Espargaro and Maverick Vinales, and if Aegerter’s efforts aboard the FCC TSR Honda help him earn a spot on the MotoGP grid next year, other Moto2 riders can be expected to follow in his footsteps.

It may just be that Smith and Espargaro spark a trend where, after years out of the spotlight outside Japan, the Suzuka 8 Hours becomes a rite of passage for those aspiring to succeed at the pinnacle of motorcycle racing.