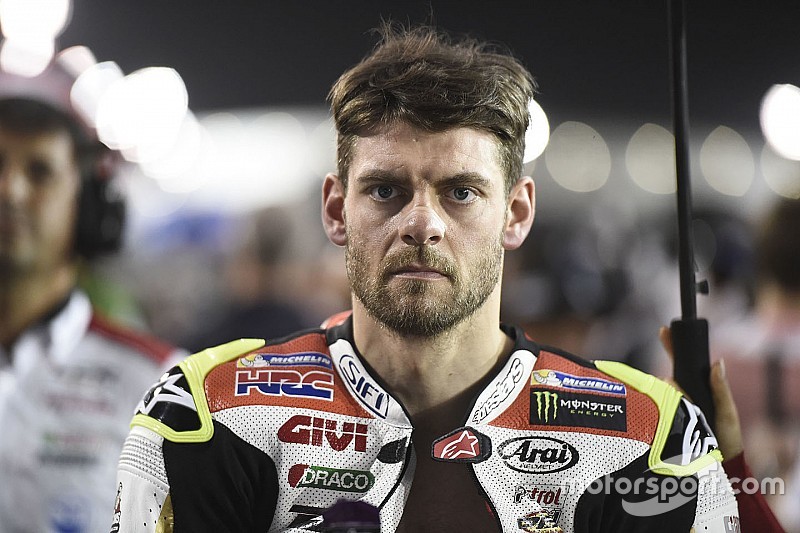 MotoGP race winner Cal Crutchlow says he turned down an approach from Honda to contest this year’s Suzuka 8 Hours.

Crutchlow’s ties with Honda have strengthened since joining the LCR satellite team in 2015, and the Briton is part of its testing programme.

Instances of MotoGP riders contesting the Suzuka race have been limited in recent years, although Pol Espargaro and Bradley Smith did win it with Yamaha in 2015, while riding for Tech 3.

Valentino Rossi won on his only appearance in 2001 and has left the door open to a return, and Crutchlow says turning down a ride this year does not rule him out for the future.

“I would like to do Suzuka,” he said. “I have been asked to do Suzuka, I was offered a fantastic deal to go and do Suzuka, but I just don’t have time.

“My team want me to concentrate on racing in MotoGP, not Superbikes.

The July 27-30 event falls within MotoGP’s summer break, between the Sachsenring and Brno rounds on July 2 and August 6, but Crutchlow said even that time of the year was “too difficult” with the other requirements.

“With the testing, we worked out that in the summer break I’d be home for three days, with the other stuff that we have going on and with the races,” he said.

“From Suzuka, I’d have one day at home and then I’d have to go directly to the next GP in Brno.

Espargaro also won last year’s Suzuka race with Yamaha, while Smith was drafted in for the Oschersleben round of the Endurance World Championship but injured his knee in a crash and missed three MotoGP races.

Crutchlow said the risk of injuries like Smith’s were not the biggest consideration.

“It depends if you have it in your contract or not, if you have to do it or if the deal is good enough or whatever or if you have the ambition to go and do it,” he said.

“It’s a good race for the fans and it’s something completely different and the factories are really involved in it.

“You’d rather win in MotoGP than an eight-hour race.

"The manufacturers know that the competition is with the road bikes so I fully understand it and I fully support it.”