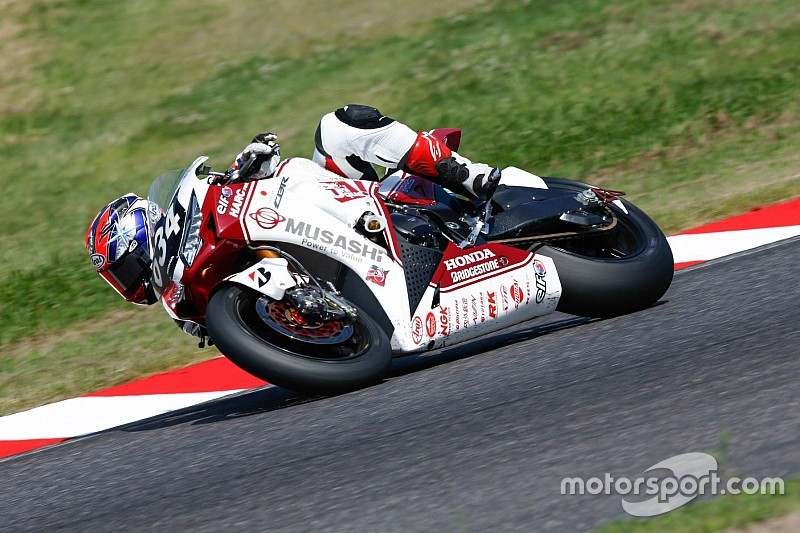 Part of the FIM Endurance World Championship, the Suzuka 8 Hours attracts top-line riders from MotoGP and World Superbikes, with a total of 204 riders taking part in this year’s race.

Hayden returns to the Suzuka 8 Hours for the first time since 2003, but is already familiar with the Honda CBR1000RR, having raced it in WSBK.

The American rider will be joined by his Ten Kate Honda teammate Michael van der Mark and three-time Suzuka 8 Hours winner Takumi Takahashi, a regular in the All-Japan series, on the #634 Musashi RT Harc-Pro entry.

Hayden effectively replaces fellow MotoGP champion Casey Stoner, who contested the event with the team last year before ending his relationship with Honda in favour of taking up a testing role at Ducati.

The Harc-Pro outfit, which won in 2010, 2013 and 2014, has shown competitive pace so far, finishing second in Friday practice, just two tenths shy of the factory Yamaha squad.

Yamaha returned to the Suzuka 8 Hours last year as a full works outfit after a 12-year hiatus, immediately returning to winning ways with its team of Espargaro, Bradley Smith and Katsuaki Nakasuga.

Espargaro and Nakasuga will remain a part of team’s line up for this year, with WSBK rider Alex Lowes replacing the departing Smith, whose early switch to KTM in MotoGP for next season precluded his return.

Team Green Kawasaki is another contender for this year’s Suzuka 8 Hours, with its star rider Leon Haslam - who is partnered this year by Akira Yanagawa and Kazuki Watanabe - having won for consecutive years in 2013 and 2014.

The Japanese team finished third in Friday practice, half a second down on pacesetters Yamaha.

Suzuki also has plenty of presence at the Suzuka 8 Hours, the Yoshimura entry of British Superbike champion Josh Brookes, Noriyuki Haga and Takuya Tsuda likely to be its main threat for victory.

Team Kagayama, which placed third last year, is also back with Superbike heroes Yukio Kagayama and Ryuichi Kiyonari, who are joined by Naomichi Uramoto.

While the Suzuka 8 Hours entry list is dominated by Japanese makes, BMW, Aprilia and Ducati bikes will also be seen in the two-wheel endurance classic.