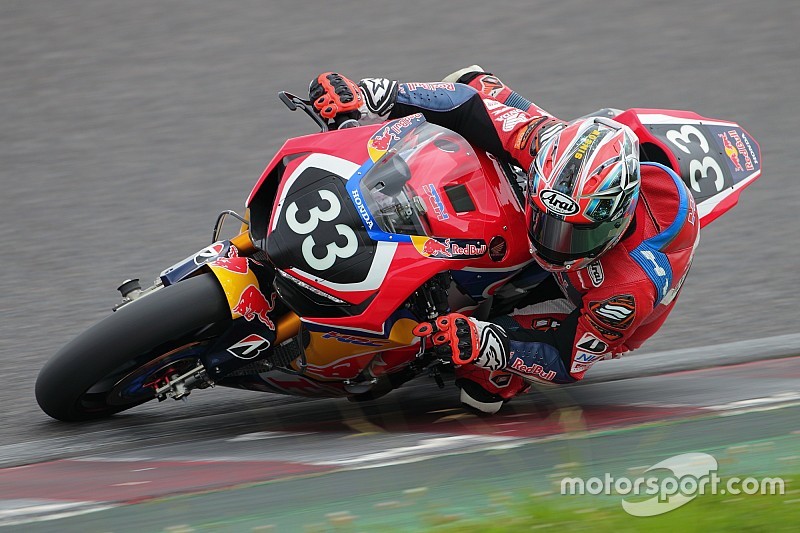 Honda admits that it “asked too much” from Takumi Takahashi in the Suzuka 8 Hours, as the 29-year-old compensated for the benched Ryuichi Kiyonari with a double stint at the end of the race.

Honda decided to rest Kiyonari following his lacklustre performance in qualifying, the World Superbike rider admitting that his laptime potentially cost the #33 Fireblade a shot at pole position.

Kiyonari’s absence meant Takahashi and rookie Stefan Bradl had to share the extra riding time, and the former was asked to stay out on track during the final hour in a last-gasp bid to steal victory.

Ultimately, the gamble failed to pay off and Takahashi slipped behind Kawasaki’s Jonathan Rea and the Yamaha of Alex Lowes, ending up third in the final classification.

Honda’s Suzuka 8 Hours team manager Tohru Ukawa, a former MotoGP rider and a five-time winner of the Japanese endurance race himself, said the team unfairly put too much expectations on Takahashi as it chased its first victory since 2014.

“When Takumi pitted for the last time I asked him if he could do a double stint, and left it up to him,” Ukawa said.

“It was a decision to try and win, but I relied on him too much, asked too much of him, and for that I’m sorry. The team is responsible for not winning.

Takahashi, who helped Honda squad HARC-Pro to three victories in 2010, 2013 and ‘14, was full of remorse after the race as he felt he was quicker “than [at] any other [Suzuka] 8 Hours I have raced before.

“But unfortunately we weren’t able to win. I guess it wasn't enough. So we do have to think about strategy for next year so we can achieve what we are here for.

“It was unfortunately only the two of us. Stefan Bradl did a great job, I really thank him for his performance. And also Kiyonari-san, he was also trying to come and join us for the race but unfortunately unable to.

“So obviously I'm not satisfied because we are here to win. But what can I do? I accept this is what we get. Not happy, but in a way satisfied that I really did my best.”

The 2019 race marked the Suzuka debut for Honda’s MotoGP test rider Bradl, who was called in by HRC as part of a revamped line-up for the factory #33 bike.

Bradl lost the lead twice in traffic during the first half of the race and admitted that he struggled with tyre behaviour in his maiden outing.

“It was my first time doing this Suzuka 8 Hours race,” he said. “I was trusting HRC because they have a lot of experience in doing this race as good as possible.

“We suffered, specially I suffered in the second stint because I got some bad feeling with the tyres. Yeah, couldn’t bring the performance like I did in the first one.

“But anyway we were changing the plan throughout the stints. Big respect [to] Takumi, he did a double stint, was really tough for him. I think we did a good job. We can be really happy with ourselves. And try to do a good job next year as well.”