How Kawasaki's Rea nearly failed to qualify for Suzuka 8 Hours

Kawasaki has revealed that its star rider Jonathan Rea came close to failing to qualify for this weekend's Suzuka 8 Hours due to the unstable weather conditions during Friday's first qualifying session.

Rain hit the track during the third part of the opening qualifying session in which six-time World Superbike Champion Rea was scheduled to ride, hurting not only the Ulsterman's prospects but also Kawasaki’s chances of progressing to Saturday's Top 10 Trials.

The fastest lap time in the session was 2m10.556s set by Mike di Meglio on the FCC TSR Honda, more than five-and-a-half seconds slower than what Tetsuta Nagashima had managed earlier in the day on the factory CBR1000RR-R in more favourable weather.

Due to the track being extremely wet, Rea couldn’t afford to take any risks and ended up with a time of 2m22.858s, which was well outside the minimum 108% time set by di Meglio in the same session.

To make matters worse, rain returned when it was again Rea’s turn to take to the track in the afternoon, leaving the defending champion with a real risk of missing the mandatory 108% cut-off as per the FIM Endurance World Championship regulations.

But Kawasaki’s decision to send him out on track early paid dividends and, even though the conditions were far from optimum, he was able to set the fourth-quickest time of the session and secure his place in Sunday’s race.

Explaining the atmosphere in the Kawasaki garage amid the scare of Rea failing to qualify for the race, KRT team manager Guim Roda said: “There was a big tension and emotion because the weather made a big effect.

“In the second [session] the target was for JR to finish at least one lap inside this 108%, but in the middle of first lap it started to rain! That's why we decided to get out on track quickly. He was one of the first to exit.

“That meant he could finish the first lap with time enough to stay inside 108% and make the race.

“This weather situation made us run a bit crazy, but this is life… tomorrow we will have chance to go for a time attack during the ‘Top 10 Trial.’ Sitting in front of a TV on Sunday, to enjoy the 8 Hours race, would be a very good plan for all the fans.” 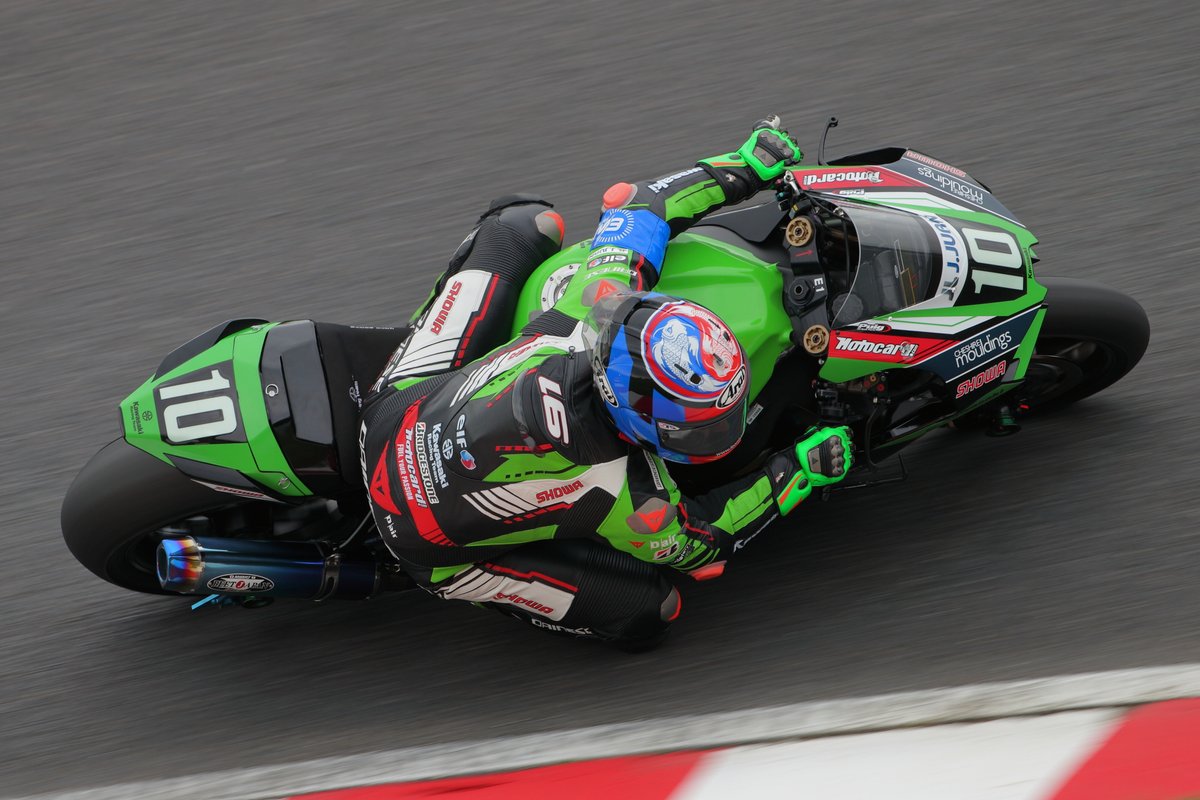 Kawasaki provisionally qualified third for the Suzuka 8 Hours thanks to Alex Lowes and Leon Haslam’s combined effort of 2m06.307s, with only the times of the fastest two riders counting towards the result as part of a new regulation for this year.

Kawasaki will be able to fight for pole position in Saturday’s Top 10 Trials, which will decide the final grid for the 43rd running of the Suzuka 8 Hours.

“I was really nervous,” admitted Rea. “Being the red group rider I got bad weather in both my qualifying sessions.

“I actually missed out on the first qualifying because we timed it wrong with the tyre. I was out of the qualifying percentage.

“But in the second session, with lots of spots of rain around the track, we finally put it in fourth place.

Honda has been dominant in the Suzuka 8 Hours week so far and secured provisional pole with its #33 factory bike shared by Nagashima, Takumi Takahashi and Iker Lecuona, but Rea remains optimistic about Kawasaki’s chances of defending its 2019 crown.

“All three of us have been consistently fast, working with old tyres, so I feel good for the race,” he said.

“I feel we have one of the strongest line-ups with Alex and Leon. I have a lot of confidence in them and I hope they have the same confidence in me.

“I am looking forward to the race as a team. Everyone speaks the same language and the atmosphere is really good.”

Suzuki's Guintoli to miss Suzuka 8 Hours due to injury

Kawasaki "can't be disappointed" with second in Suzuka 8 Hours

Rea "left something on the table" in winless Donington round

FCC TSR Honda rider Gino Rea remains under sedation after sustaining serious injuries to his head in a practice crash at the Suzuka 8 Hours, his family said in a statement.

Kawasaki "can't be disappointed" with second in Suzuka 8 Hours

Leon Haslam feels Kawasaki should have no reason to be disappointed with a second-place finish in the Suzuka 8 Hours after being outshone by a dominant Honda team.

Takumi Takahashi feels he banished the demons of his 2019 Suzuka 8 Hours loss by helping Honda to a first victory in the race in nearly a decade on Sunday.

Honda annihilated the competition to claim a record-extending 28th victory in the 43rd running of Suzuka 8 Hours, as defending champion Kawasaki finished a distant second.