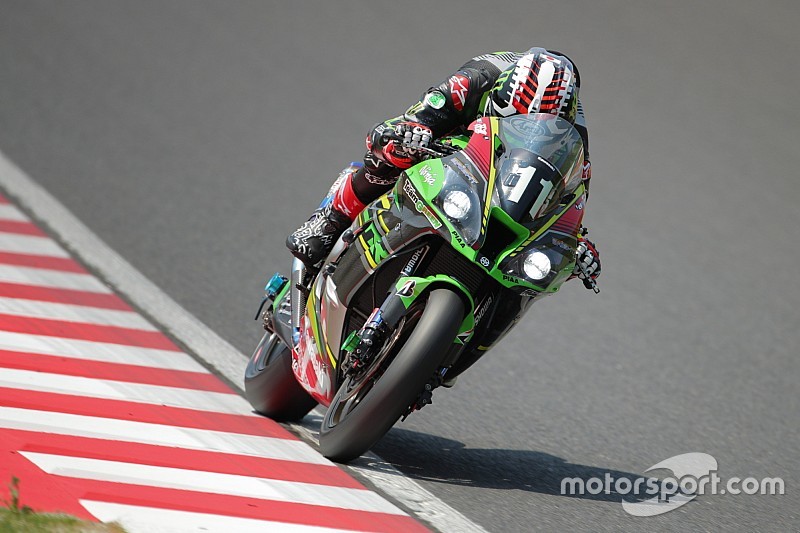 Kawasaki has announced it will enter a full factory bike for this year's Suzuka 8 Hours, with three World Superbike stars forming its rider line-up.

Since 2014, Kawasaki's lead Suzuka entry has been operated by the marque's Japanese arm, under the 'Kawasaki Team Green' banner.

After picking up runner-up finishes in 2016 and '17, the team scored pole position last year thanks to four-time World Superbike champion Jonathan Rea, but could only muster third in the race, a lap down on the winning factory Yamaha.

Rea will once again be joined by Leon Haslam, now his teammate in WSBK, but All-Japan Superbike frontrunner Kazuma Watanabe has been replaced by Toprak Razgatlioglu.

It will mark Puccetti WSBK rider Razgatlioglu's Suzuka 8 Hours debut, although he was due to race at the circuit as a wildcard in last year's JSB season finale before picking up an injury.

Kawasaki is chasing its first Suzuka win since 1993, when Scott Russell and Aaron Slight took honours, and its decision to field a full factory effort mirrors that of Honda, which returned to Suzuka with a HRC-run works squad for the first time in a decade last year.

Yamaha has been unbeaten in the Suzuka 8 Hours since 2015, with Alex Lowes, Michael van der Mark and Katsuyuki Nakasuga standing on the top step of the podium in 2018.

"Nervous" Jacobsen "thrown in the deep end" at Suzuka