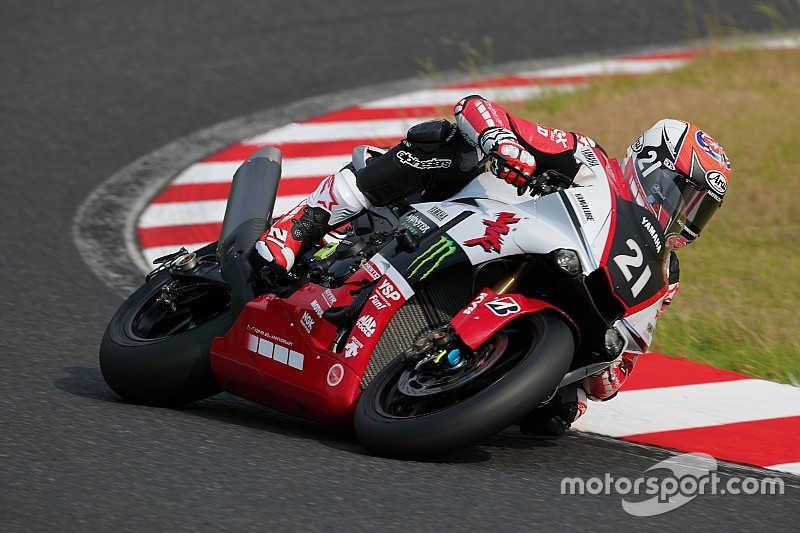 Yamaha clinched its fourth successive win in the Suzuka 8 Hours after an early challenge from Kawasaki subsided at the midpoint of the race.

The first half of the race was dominated by Kawasaki and Yamaha, the factory bikes from the two manufacturers sprinting clear of the rest of the field once the track had dried sufficiently for slick tyres.

Jonathan Rea on the #11 Kawasaki held a narrow lead over Yamaha’s Michael van der Mark when the fourth round of pitstops began, with the latter first to come for a scheduled stop.

Rea chose to stay out for another lap but the decision backfired when he nearly ran out of fuel and had to limp back to the pits.

The 40 seconds lost not only dropped him behind the #21 Yamaha, but also the #33 factory Honda.

The #33 Honda, which had yet to pit at that stage, became the new race leader with the #21 Yamaha slotting behind in second position.

Rea was picked up by the second safety car and lost out further to the leading duo. To make matters worse, he crashed on a damp track on slick tyres, joining a slew of riders who also fell off their bikes.

The 31-year-old managed to get back on his Kawasaki and head to the pits for a quick repair job and wet tyres, with Yamaha and Honda also pitting as the track became too dangerous for slick tyres.

When the caution period ended after nearly an hour, van der Mark quickly dispatched the Honda of PJ Jacobsen to take the lead of the race and then began building an advantage for himself.

However, after barely 10 minutes of racing, another safety car had to be deployed amid worsening conditions, and it wasn’t until the penultimate hour that race went back to green again.

Alex Lowes, who took over from van der Mark, was quicker than the rest of the field on a now-drying track, and despite having to come to the pits for a splash-and-dash, he'd built enough of a buffer to come out ahead of the Honda.

Van der Mark and Lowes eventually won by 30.974s, ensuring Yamaha maintained its unbeaten record since its factory return to Suzuka 8 Hours in 2015.

The third rider of the #21 crew, Katsuyuki Nakasuga, was declared a winner too despite skipping the race itself after sustaining a collarbone fracture.

Honda, fielding a factory bike at Suzuka for the first time since 2008, had to settle for the runner-up spot with the #33 crew of Takaaki Nakagami, Takumi Nakahashi and Jacobsen.

Kawasaki's #11 trio of Rea, Kazuma Watanabe and Leon Haslam were unable to make up for their mid-race troubles and finished a lap down on the race-winning Yamaha in third.

The #95 S-Pulse Dream Racing was the top Suzuki squad in fourth after the factory #12 Yoshimura entry was involved in a crash with a backmarker in the second hour, and wound up 10th.

"Nervous" Jacobsen "thrown in the deep end" at Suzuka