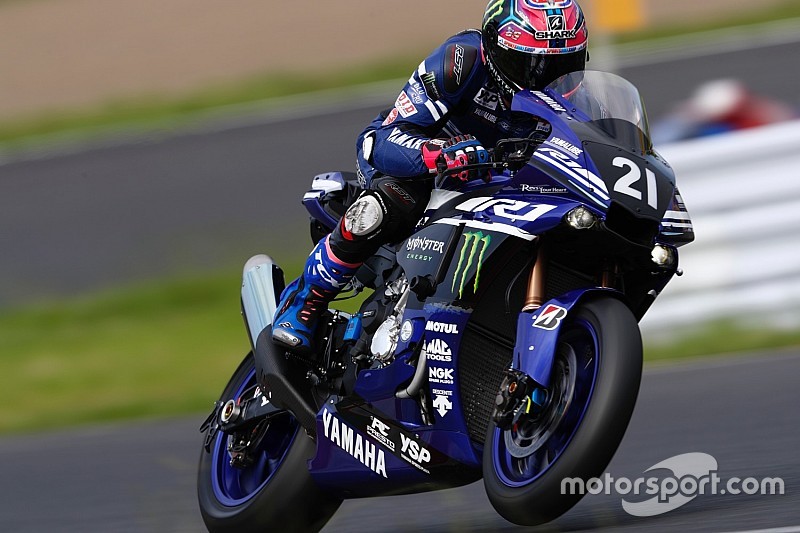 Lowes was quickest of the trio on board the #21 Yamaha YZF-R1, lapping the legendary Japanese circuit in 2m06.779s during the morning session.

The Yoshimura Suzuki and HARC-Pro Honda squads were separated by just 0.015s in the battle for second, with the former’s #12 crew of Takuya Tsuda, Sylvain Guintoli and Josh Brookes holding the edge.

MotoGP star Jack Miller was the quickest of the HARC-Pro riders after clocking a time of 2m07.524s.

Leon Haslam, Kazuma Watanabe and Azlan Shah put the #11 Kawasaki Green outfit in fourth place, while the #5 FCC TSR Honda trio of Dominique Aegerter, Randy de Puniet and Josh Hook - substituting for Stefan Bradl - were the last of the runners to break the 2m07s barrier in fifth.

The #7 YART squad was second-best of the Yamahas in sixth ahead of the #71 Team Kagayama Suzuki.

Positions eight to 10 were occupied by Honda outfits, making it fives bikes from the Japanese manufacturer inside Saturday's top 10 qualifying shootout.

Bradl out of Suzuka 8 Hours with ear infection