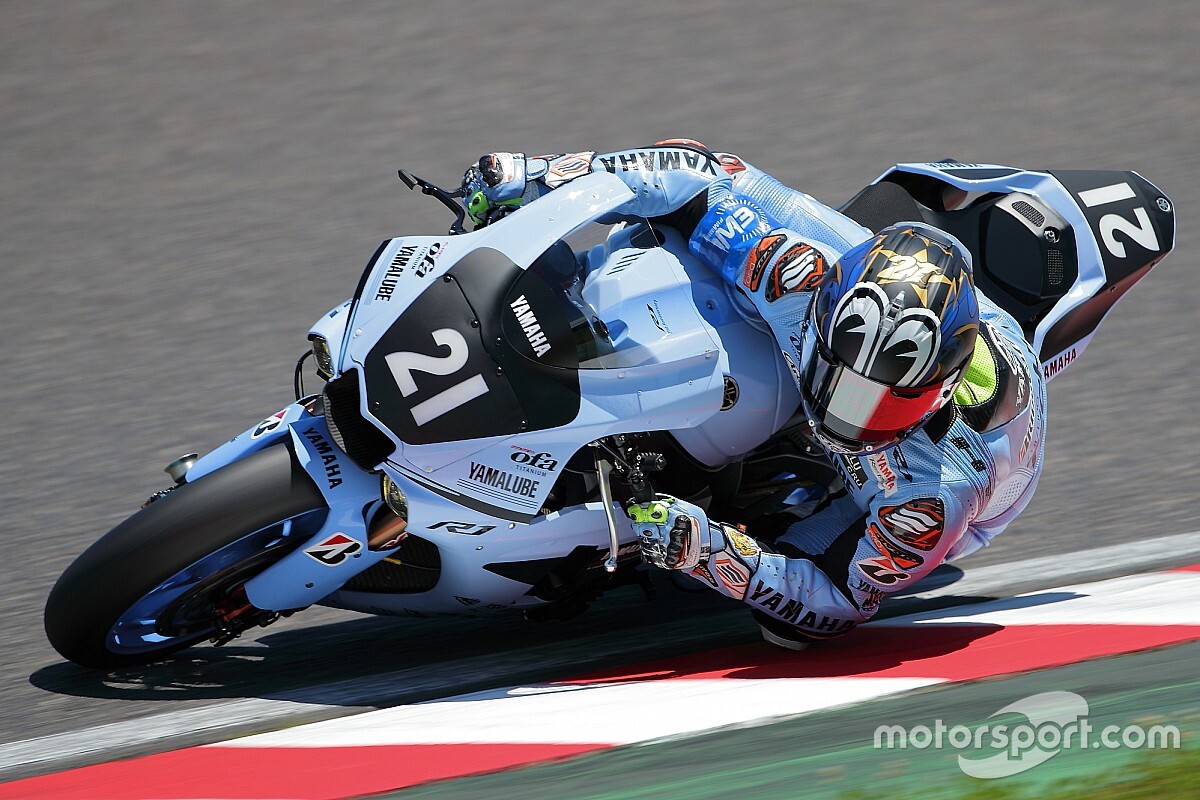 A late crash for dominant leader Jonathan Rea on #10 Kawasaki handed Yamaha its fifth-straight Suzuka 8 Hours victory in a dramatic conclusion to 42nd running of the event.

The reigning World Superbike champion put the ZX-10RR into the lead at the halfway stage before handing over to teammate Leon Haslam, who managed to jump the #21 Yamaha mounted by Alex Lowes after its stop.

Stefan Bradl soon handed the #33 Honda over to Takumi Takahashi, with Haslam moving back into the lead ahead of Lowes, with the gap standing at eight seconds.

Takahashi reeled in Lowes and capitalised on a mistake by the Yamaha at 130R to move into second, and was just three tenths behind Haslam at the start of the fifth hour.

As they battled through traffic, Lowes was able to get back on terms, with Takahashi moving the Honda into the lead at Turn 4 when Haslam got held up by a backmarker.

Haslam, struggling with a wrist injury he picked up at the US WSBK round, soon lost second to Lowes before handing the bike back over to Rea moments later.

Lowes came in on the following tour to give Michael van der Mark the bike and held second ahead of Rea exiting pitlane. However, the Kawasaki swooped by on the run to 130R, and retook the lead from the #33 Honda - now piloted by Bradl.

Honda put Takahashi back on the bike for the final two stints, and he led by 3.5s from Rea, who took over from Haslam once more in the final hour.

Rea quickly slashed the #33's lead, and moved into a lead he would extend to over 20s at Turn 1 with around 35 minutes remaining.

The race leader was lucky to escape a crash moments later exiting Turn 2 when the #29 DOG House bike ran over debris and went down right next to Rea.

Rea looked on course to deliver Kawasaki its first Suzuka victory since 1993, but sensationally crashed on the way into Turn 3, with the red flags coming out almost immediately – likely as a result of fluid being left on track by the #2 SERT Suzuki, which had expired moments earlier.

Lowes had taken over the reigns of the #21 Yamaha from Katsuyuki Nakasuga for the final stint, and moved ahead of the #33 Honda late on for second.

A period of confusion followed as the result was determined, with both Yamaha and Kawasaki declared victors.

Despite the result being taken from the last completed lap, Rea did not get his bike back to the pits in the required five minutes, handing Yamaha victory ahead of the #33 Honda.

The FCC TSR Honda team of Josh Hook, Freddy Foray and Mike Di Meglio held fourth for most of the race, and were promoted to third by Rea's crash.

The SRT Kawasaki team of Jeremy Guarnoni, Erwan Nigon and David Checa made up for an early crash to become FIM Endurance World Champions, aided by the demise of the #2 SERT machine.