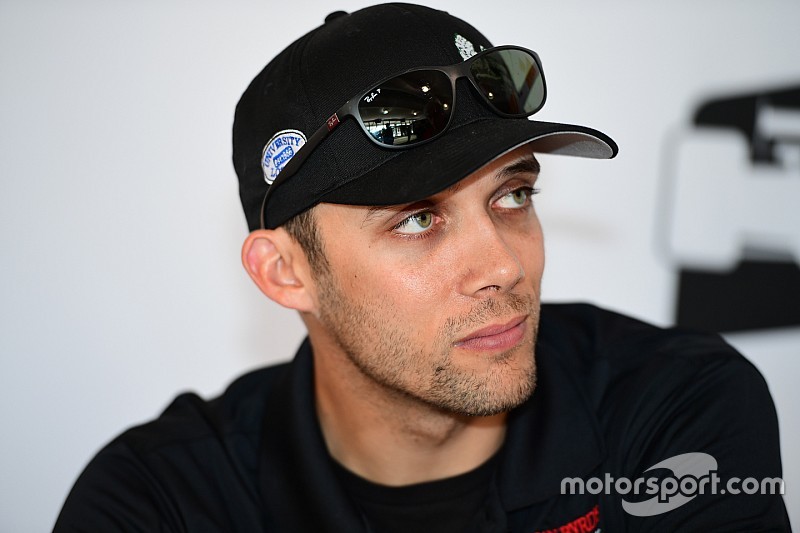 Bryan Clauson, who was seriously injured in a vicious wreck in Saturday night’s Belleville Midget Nationals, has died, it was confirmed on Monday in a press conference at Indianapolis Motor Speedway.

The native of Sacramento, Calif., grew up in Noblesville, Ind. He was 27.

"This is truly one of the darkest days in the 60-year history of the United States Auto Club," said USAC President and CEO Kevin Miller.

The three-time Belleville winner and defending champion started the race ninth and was leading when he flipped off the guard rail between Turns 3 and 4, before being hit by Ryan Greth in Turn 4 while the car was rolling. The race was red-flagged on Lap 14. Chad Boat went on to win the race.

Clauson was airlifted from Belleville (Kan.) High Banks Speedway Fairgrounds to Bryan Medical Center West in Lincoln, Neb., following his accident. He was attempting to compete in 200 races this year between IndyCar, sprint cars, winged sprint cars, and midgets.

This was Clauson’s second wreck of the weekend. He started seventh in the first night of the Belleville Nationals but crashed in Turn 4 after hitting the stalled midget of Morgan Frewaldt coming to the white flag.

Belleville High Banks is a ½-mile dirt track with more than a century of racing tradition, that has included victories in the Nationals event by such stars as Jeff Gordon, Kasey Kahne, Kyle Larson, Christopher Bell and Rico Abreu.

“Bryan Clauson combined his passion and enthusiasm for grassroots racing with a God-given talent that made him the favorite to win every time he got in a midget or sprint car. And he proved on the world's largest racing stage – by leading three laps in the 100th Running of the Indianapolis 500 – that he could use that talent in just about anything with wheels.

“More importantly, he possessed a humility and character out of the race car that made him a person that fellow competitors and fans alike enjoyed being around,” Boles added.

“His spirit, his positive outlook and his thrilling talent will be missed by the entire racing community. The thoughts and prayers of everyone at the Indianapolis Motor Speedway are with the Clauson family in this difficult time.”

Clauson is survived by his parents, Tim and Di, his sister Taylor and fiancée Lauren Stewart. Funeral arrangements are pending.

"Last night, the 7th of August, we said goodbye to our son, my fiancé, our friend, Bryan Clauson. He was surrounded by family and friends and we were grateful that we could experience his final moments with him.

"Our Bryan fought to the end with the same desire that he demonstrated behind the wheel of all the various race cars he would park in victory lane. However, we were more proud of our Bryan that took a moment to make a young fan's day, or demonstrated his uncommon kindness and appreciation toward his friends, family and fans.

"We would like to thank everybody who has shown their concern toward us and kept us in their prayers. We will never be able to truly thank you. We would also like to thank the staff at Bryan Medical Center who stood and fought with our Bryan since he arrived here early yesterday morning."

Clauson had an extensive background in several forms of motorsports.

Clauson was also a former development driver for team owner Chip Ganassi in NASCAR and competed 26 races over the 2007-2008 seasons. He won the pole for the July Xfinity Series race at Daytona and finished a career-high fifth at Kentucky that same season.

In ARCA, Clauson won at Gateway Motorsports Park in 2007 and won the pole at Talladega Superspeedway.

His 112 wins see him ranked fifth in USAC history.

Clauson family reveals that Bryan was an organ donor