Chili Bowl: Bell locked into Saturday's A-Main and "having a blast" 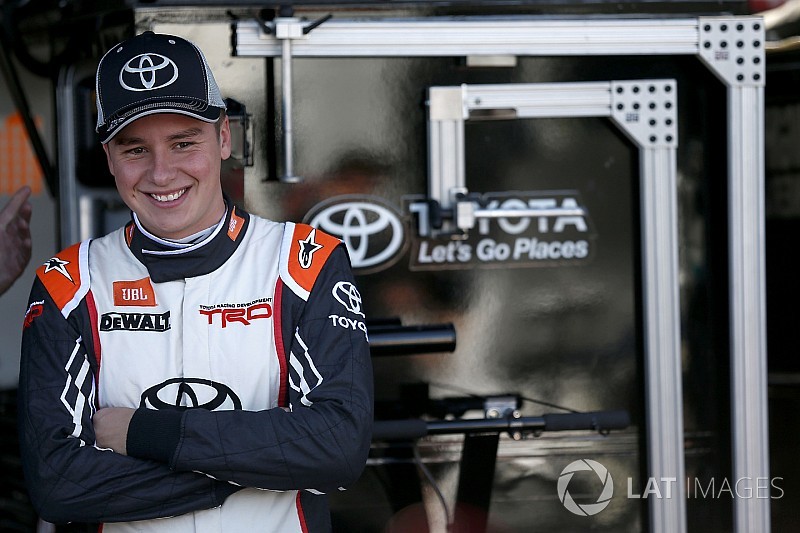 Before Christopher Bell left the field in his dust—literally—during Thursday’s races, he tweeted, “The most nervous day of the year has arrived, my Chili Bowl Nationals qualifying night.”

With Bell coming to Tulsa as defending champion and sporting top-of-the-line Keith Kunz equipment, it would have been difficult to imagine Bell being apprehensive at all.

Indeed. On Thursday, Bell smoked the competition during his heat race—and again, in his qualifier. In the first 14 laps of the feature, Bell put nearly five seconds between his No. 71W and then-second-place Chase Johnson.

With two laps to decide the contest, Shane Golobic was gaining on Bell before he grazed the wall with his No. 17W midget. But Bell still sailed off to finish .882-seconds ahead of Golobic for his fourth preliminary night win, tying Bryan Clauson and Kyle Larson for second on the all-time feature list.

After the race, Bell appeared more relieved than happy, knowing he was locked into to Saturday’s A-Main for the 32nd running of the Mecca of Midgets.

“I’m having a blast,” Bell said. “To come back to the Chili Bowl—this is what racing meant to me growing up. To have the success that I’ve had here is a lot of fun.

“This is the most fun Chili Bowl that I’ve ever had because the pressure is off. I’ve already won. I had a provisional. I’m not going to need it now. But it’s really been a dream come true.”

Bell kicked off his 2017 race season by winning the Chili Bowl Nationals—and he carried the momentum into NASCAR racing, where he won five of 23 Camping World Truck Series races and the series title.

Bells’s introduction to NASCAR’s Xfinity Series was equally productive. In eight starts with Joe Gibbs Racing, he finished fourth in his NXS debut at Charlotte, earned the pole in his next race at Iowa and led 152 of 250 laps. Three races later, Bell won at Kansas Speedway in his fifth career start.

On dirt, the numbers were equally impressive. He won 10 of his 13 National Midget Features. Despite competing in just a fourth of the 48 National midget races, Bell tallied the most wins in 2017. Thursday night’s victory was his 11th win in his last 14 starts.

“Life could not be any better,” Bell said. “That’s pretty remarkable. I guess I realized I went 10 for 13 last year and this is the first race. But that’s pretty incredible to think I started my first midget race here at the Chili Bowl in 2011. To realize how far I’ve come and the success that I’ve had, I would have never thought that was possible.

“It all comes down to driving great race cars in every discipline of racing that I’ve gotten to go to I’ve had great race cars to drive and I’m really thankful for that. I’m going to try and make it 12 for 15 on Saturday.”

Bell didn’t come close to pushing his limits during his prelim night. He really wasn’t challenged throughout his three races. Bell knows that will change once he faces his fellow Kunz teammates.

“There will be plenty of people to race come Saturday,” Bell told motorsport.com. “Kyle (Larson) is fantastic. Rico (Abreu) probably ran one of the smartest races I’ve ever seen him run (on Wednesday) and there are a bunch of good guys that race (on Friday). I’m going to have my hands full on Saturday.”