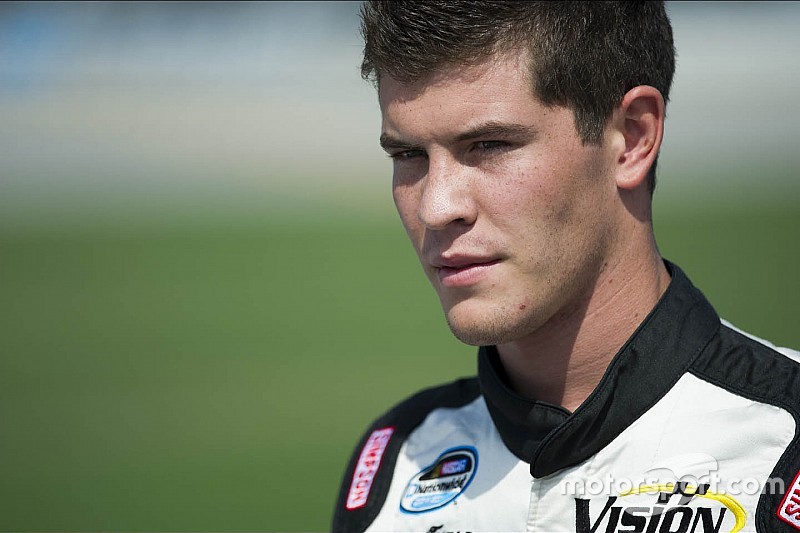 It’s fitting that Tanner Berryhill should be holding a bowl of chili while hanging in his pits at Tulsa Expo Raceway.

After all, it was his grandfather Bob who gave the Chili Bowl Nationals its name. The elder Berryhill owned the “Original Chili Bowl” which specialized in seasonings and pre-mixed chili.

The company signed on to sponsor the inaugural Super Bowl of Midgets in 1987. Although Keebler purchased the food service company four years later, the event has been known as the Chili Bowl ever since.

“My grandfather raced, and his brother raced all open-wheel dirt cars,” Berryhill told motorsport.com. “When he heard (Chili Bowl founders) Emmett (Hahn) and Lanny (Edwards) were promoting this race, he wanted to be a part of it and sponsored the race.

“At the time, the Chili Bowl was doing really well. He sold the company and the name just stuck. It’s kind of funny how everyone still calls it the Chili Bowl. And that’s what makes it super special for me to come back and race it.”

Despite the family’s background in dirt racing, the 24-year-old third-generation driver from nearby Bixby, Oklahoma, grew up racing on asphalt. He started in Bandoleros at 11 and then Legends cars at Texas Motor Speedway. With only dirt racing in Tulsa, the family commuted to Texas on the weekends until Berryhill graduated to stock cars.

“It was all pavement,” Berryhill said. “Then, when I was 16 years old, one of my friends from Tulsa said, ‘Hey, come drive my dirt car.’ I did—and did really well. So I kept pursuing it on the side, and now it’s just really special for me to come back every year and try to represent my family’s name.

“I’ve done pretty well in the past, but this year was not very good. So, I’ll try again next year.”

Berryhill piloted the No 17B Tucker-Boat Motorsports midget in the 32nd running of the Chili Bowl Nationals. He advanced from the D Feature on his prelim night on Wednesday but finished the C Feature in 13th. He started 10th in the second K Feature on Saturday and finished second to advance to the J Feature but missed advancing by one position.

Berryhill, who now lives in Charlotte and attends UNC-Charlotte there, hopes to continue a path in NASCAR. He has run in a variety of stock car series from the CARS Super Late Model Tour to Pro Cup, ARCA, K&N Pro Series East and the NASCAR Xfinity Series.

“I’d love to race in NASCAR,” Berryhill said. “I’ve always had my own team but it’s tough to do that and be competitive. I think the new truck engine is really encouraging for teams like mine where you can buy an engine and not have to lease something every weekend so you can be competitive. I know there’s a lot more to it than that—the handling, the bodies and all of that is still hard to get right. But that takes one of the variables out.

“There’s no telling, but I’d like to put a deal together to run some truck races. It’s always in the back of my mind. I almost feel robbed that I’ve never had the opportunity to drive a competitive car and show what I can really do. I’d still like the opportunity—even if it was just one race in a (Joe) Gibbs car or a Roush (Fenway Racing) car, just to prove that I can do it. I just love racing. I love the sport.”

Bottas reveals why he slowed close to end of Austrian GP