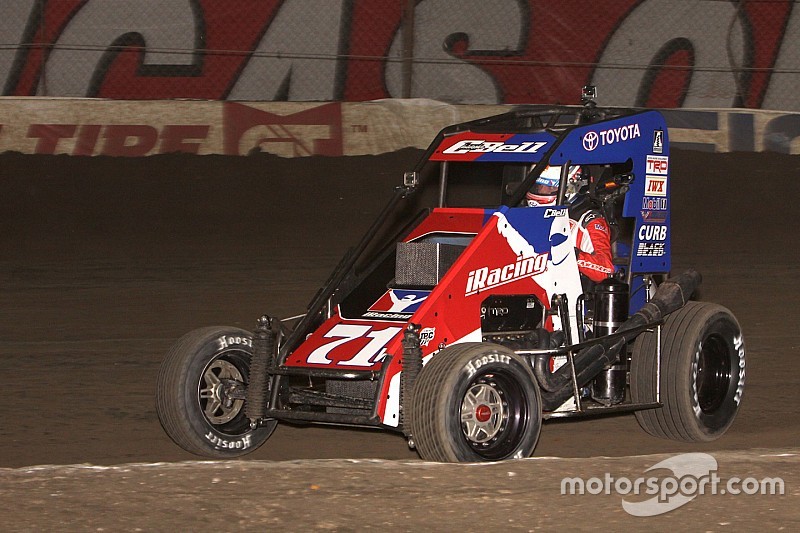 Kudos to Chili Bowl Nationals promoter Emmett Hahn for expanding the 2019 schedule to include an extra day of racing.

With more than 350 competitors entered and 117 races run, it’s tough to tackle every story that begged to be told in five days.

Christopher Bell, the defending winner, received his due—deservedly so. He backed up his 2017 maiden victory with a second on Saturday, becoming just the third driver to win consecutive Golden Drillers.

Bell believes Kunz was just tired of getting beaten. The owner’s determination and support from Toyota helped turned the tide and elevate KKM to the level of domination once enjoyed by Sammy Swindell and son Kevin Swindell, the latter of whom is the only driver to win four straight Golden Drillers.

“Sammy and Kevin accomplished the same thing for a long time,” Bell said of the Swindells' domination five Chili Bowls from 2009 to 2013. “Now, Keith has done so much homework to over come that. I remember my first year coming to the Chili Bowl and driving for Keith we had regular outdoor race cars with what looked like Silver Crown tail tanks on them. Larson started up front with Kevin and Sammy, and Larson, I believe, passed Sammy and was racing with Kevin before Kyle spun out.”

Kevin and Sammy finished first and second, respectively, that night. Certainly the dynamic has changed after Kevin was injured after flipping in the 2015 Knoxville Nationals. While Sammy qualified for his 24th A-Main—a stretch dating back to the first CBNs in 1987—Kunz had six of 24 midgets in the feature on Saturday night.

For Bell, it marked his fifth-straight A-Main appearance and his 46th-national midget feature. But for the Norman, Oklahoma native, nothing beats winning in front of the Tulsa crowd in the Super Bowl of midgets.

“Last year was so special and every year that I got closer and closer to winning the Chili Bowl, I could feel the atmosphere pick up and the intensity pick up every time they announced my name,” Bell said. “For an Oklahoma guy to not win for so long and then to get it last year was pretty special, but going back-to-back means even more. I’ve got the best race cars out there, and I just try to get the most out of them and I’ve been able to do that the last couple of times here.”