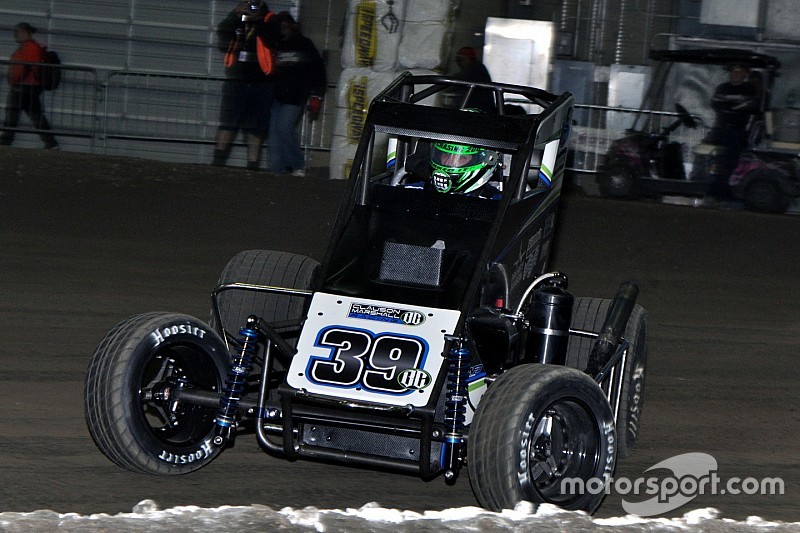 Justin Grant’s life has changed dramatically over the last week — and he has the bags under his eyes to prove it.

“I haven’t slept in a week,” Grant told Motorsport.com following his wins.

If it wasn’t already the best week of Grant’s life, on Friday night he won his first Feature then out-dueled Christopher Bell in the Pizza Express Pole Shuffle to earn the top spot for Saturday’s A Feature. Little did Grant know that Clauson, his childhood friend who he raced with and shared his first sleepover, would also provide his best opportunity to date to win the biggest midget race of the year.

“We weren’t best friends by any means when I moved to Indiana, but he was always a great guy — and so good in a race car — just absolutely incredible. He was such a big deal, I don’t think we realized how big of a deal he was until we lost him. It’s incredible to see how many people were behind him. It’s a lot of pressure, sure. But just to be a part of the Clauson-Marshall team, they keep it relaxed. They keep it fun. They do a good job of keeping me relaxed. I’m not used to all of this. Just to be a part of this is just unbelievable.”

Grant blew off practice laps on Monday to stay home in Indiana with his wife and newborns. He apologized to team owner Larry Gardner, whose car Grant drove for in the 2016 Chili Bowl and was scheduled to drive for this season.

“Larry’s a great guy, a friend of mine,” Grant said. “I called him and told him I had the opportunity to drive the Clauson car and he told me I better go do that — and I better do it well. He was 100 percent behind me to go ahead and do it.”

Grant’s day job is behind the wheel of the No. 11 Sam McGhee Motorsports in the USAC AMSOIL Sprint Car National tour. Grant, the 2010 sprint car rookie-of-the-year, joined the team last August and won the 4-Crown Nationals at Eldora Speedway.

Last year Grant finished 23rd in the Chili Bowl Nationals. On Saturday, he will share the front row for the feature with Bell, a local favorite and NASCAR truck championship contender. Bell is one of eight drivers from the Keith Kunz Motorsports’ stable — of which seven advanced to at least the C-Main. Even though Kunz midgets have won the last two Chili Bowls, Grant doesn’t appear intimidated by his competition.

“That Clauson-Marshall equipment is right there with it,” Grant said. “So I’m not the least bit worried about it. If I do my job, it will be just fine.”

In open wheels and NASCAR, "safety first" is the mantra for Allgaier