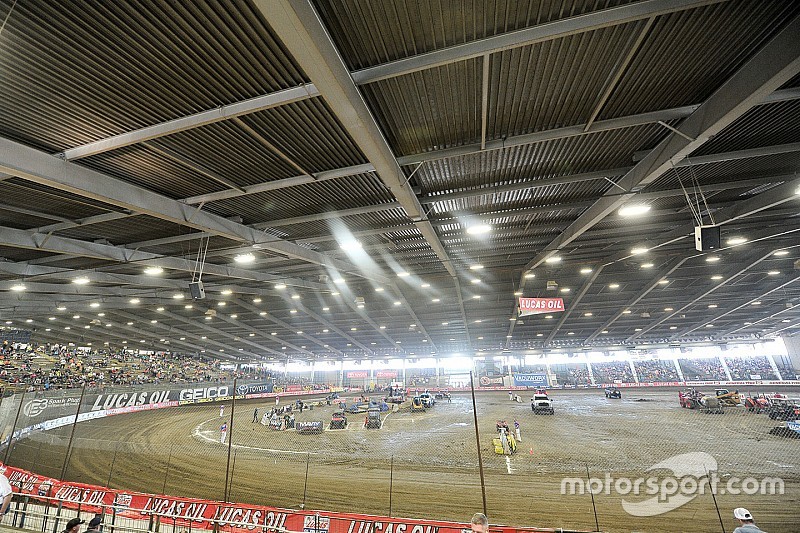 Richard Childress Racing has expanded its portfolio to include an open-wheel partnership with Dooling Hayward Motorsports.

The new alliance will debut the No. 63 and No. 63D Dooling Hayward Motorsports/RCR midgets this month at the 2018 Chili Bowl Nationals with Tanner Thorson and Brad Sweet, respectively, behind the wheels.

“It’s important for our race team to align with a grassroots racing organization like Dooling Hayward Motorsports and develop young drivers and crew members,” said Richard Childress, Chairman and CEO of RCR. “This partnership will be a great opportunity to continue our developmental program and invest in a race team that are proven winners.”

RCR has amassed six titles and 107 victories in the NASCAR Cup division.

While most NASCAR fans are familiar with RCR, which will celebrate its 49th season at stock car’s highest levels, Dooling Hayward Motorsports has enjoyed a rich history as well. In 1970, Joe Dooling Sr., made his inaugural run with Lloyd Ruby in a United States Auto Club (USAC) car.

Dooling teamed up with Brodie Hayward to form Dooling Hayward Motorsports in 2014. The team went on to win the Chili Bowl Nationals that year with Bryan Clauson. For Joe Dooling Jr., the partnership with RCR is the logical next step to grow his organization.

“We are very grateful for the opportunity to compete in the 2018 Sprint Car and Midget season coupled with growing as a team,” said Dooling Jr., president of Dooling Hayward Motorsports. “Our relationship with Richard Childress Racing will travel well beyond our alliance. We have many of the same ideals that fit our vision to allow our continued success.”

Thorson, 21, won the 2016 USAC Midget title and was named the 2017 National Midget Driver of the Year. Next week, he’ll pilot the No. 63 Over Kill Motorsports Midget for Dooling-Hayward/RCR in his fifth Chili Bowl appearance.

“I'm really excited to be a part of the Dooling Hayward Motorsports/RCR team,” Thorson said. “The group of people I get to work with makes things even more exciting and I'm really looking forward to the Chili Bowl.

“The opportunity to run for Dooling Hayward Motorsports/RCR is pretty cool, and to be a part of such a prestigious team like RCR can only make my time racing with this bunch even better. I'm excited to see where things go from here.”

The team announced on Tuesday that Sweet will have sponsorship from Grainger for the 32nd Lucas Oil Chili Bowl Nationals.