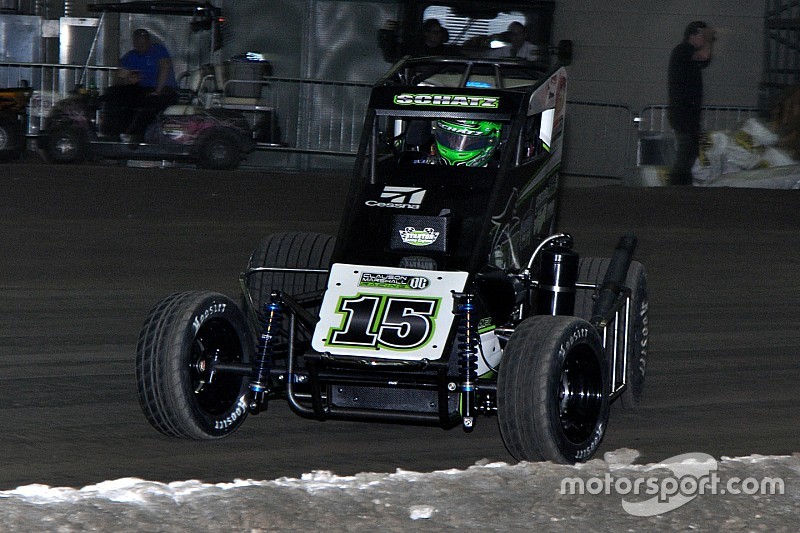 In his inaugural Chili Bowl Nationals appearance, the eight-time World of Outlaws champion finished seventh in the Saturday night’s first B-Feature and missed transferring to the A-Main by just one position.

Schatz, who was driving the No. 15 Arctic Cat for Clauson-Marshall Racing, was the first of 77 freshman in a field of 365 drivers. It was his first rookie-of-the-year honor since winning the WoO title 20 years ago.

“What an incredible opportunity,” Schatz said. “We came here with high expectations. We wanted to make the show first and foremost and, unfortunately, we came up one spot short. Racing in the Chili Bowl was something I wasn’t sure I’d ever do, but I’m thrilled I had the chance to do it.

“I’m very thankful to all of the people who made this possible – The Clauson Family, Richard and Jennifer Marshall, as well as, Arctic Cat. Being part of what Bryan had envisioned as his ‘Dream Team’ is an honor that I’ll always cherish. This CMR team is filled with incredible individuals. I’ve met some people I know I’ll call friends from now on. To fulfill a dream of Bryan’s and to hear how important having me part of his team from his parents was truly a blessing.”

Schatz had only wheeled a midget once — during a test session at US 24 Raceway in Logansport, Indiana last fall. He completed 70 to 80 laps prior to last Monday’s practice session. On Tuesday night, Schatz finished 19th in the VIROC IX 20-lapper, in a midget fielded via the championship of 2014 Chili Bowl winner Bryan Clauson.

Schatz proved to be a quick study. He came from third for a second-place finish in Heat Race 6 on Wednesday to earn the pole for the second A-qualifier race. After leading the first nine laps, Schatz progress was stalled by a caution on the white-flag lap. Andrew Felker bested Schatz on the restart for the win. Schatz started 15th in the A-Main and battled to an eighth-place finish to qualify for the B-Feature on Saturday.

Schatz started 10th for the 20-lap B-Feature. The first caution happened half-way in the race when Chad Boat stalled. Schatz had gained two positions but remained two spots short of transferring to the finale. Although he advanced to sixth on the restart and ran as high as fifth, three additional cautions slowed Schatz progress. Thomas Meseraull, who started from D-Feature 1 on Saturday night, passed Schatz and Michael Faccinto to know the World of Outlaws champ out of the finale.

“We gave it everything we had,” Schatz said. “It was a work in progress all week, but I can’t thank all the other drivers on this team for their help. I felt like we had fifth several times but just didn’t get across the finish line. I really wanted to get this Arctic Cat car in the show and see what we could have done in that long of a race. It was a great experience and, hopefully, we’ll have another crack at making the big show in the future.”