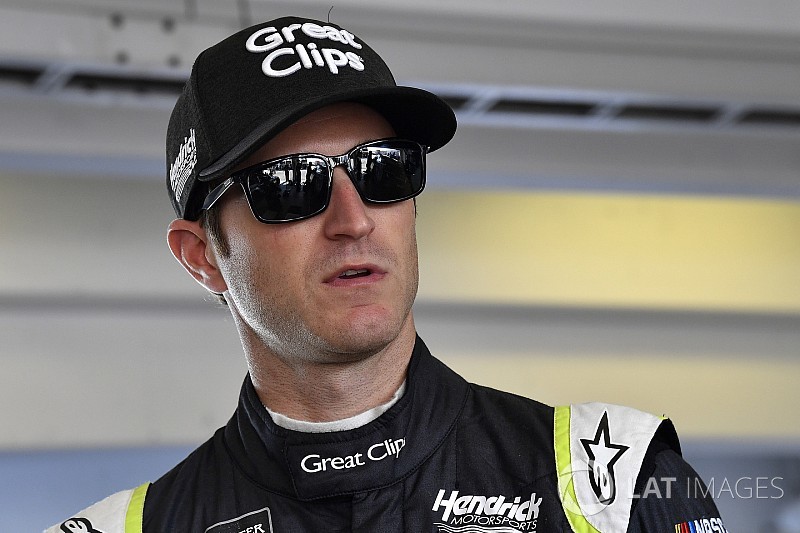 After a missing last year's Chili Bowl Nationals, Kasey Kahne is thrilled to be heading to Tulsa again.

He will pilot the No. 67 Take 5 Oil Change midget prepared by his cousin, Willie Kahne, in the first of many open-wheel opportunities for the driver and World of Outlaws team owner in 2018.

When the NASCAR season starts in five weeks, Kahne will make his debut in the No. 95 Leavine Family Racing Chevrolet. But his schedule will also include 20 to 30 WoO races alongside his drivers, Daryn Pittman and Brad Sweet.

Kahne’s newfound freedom, away from the bright lights of Hendrick Motorsports for the first time in six years, might be exactly what he has been missing.

Back to his roots

He will compete in the No. 4 Kasey Kahne Racing sprint car in selected races. Kahne did not set a concrete schedule because LFR and the No. 95 team remain his top concern.

“I will find the right weekends and weekdays that I can go race so it’s not effecting what I do in the 95, but showing how much I love to race,” Kahne said. “Definitely want to keep the No. 95 as my priority.”

Over the holidays, Kahne returned to his racing roots in Enumclaw, Washington with son Tanner. He relished the time watching the youngster blossom around his family and friends. The visit also afforded Kahne the chance to check the progress of his Chili Bowl ride.

“Willie’s worked really hard to build everything new,” Kahne said. “He just finished up the car, and it’s driving to Tulsa now from Enumclaw, so it’s a 30-plus hour ride. We have a couple of sponsors for the car, so that’s really nice. It’s exciting.

“It’s great to get involved with Take 5 while they’re still growing. I’m glad that we got the opportunity, and it will be fun to have them on the car for the entire week.”

Kahne’s relationship with Take 5 could not have come at a better time. The company, which has 300 stores throughout 16 states, has just recently expanded to the Tulsa market. Kahne will appear at a nearby Take 5 Oil Change shop prior to the Chili Bowl feature next Saturday, and the company will set up a display at the Tulsa Expo Raceway during the week.

Enjoying the offseason ahead of a year of change

The 2018 Chili Bowl Nationals will mark the first time Kahne has raced since the NASCAR season finale at Homestead-Miami Speedway. The time off has enabled him to acclimate with his new team. From what Kahne has witnessed during shop visits with the No. 95 LFR team and crew chief Travis Mack, he expects to be competitive out of the gate.

“It’s been nice,” Kahne said of the offseason. “But I’m definitely ready to race again. I’ve spent as much time as I’ve been able to at the shop. Me and Tanner have been over there some, and then I’ve been over there by myself. Just trying to get to know the guys and talk about the way they do things and then kind of watch the process and the progress.

“It’s been good. I’m looking forward to getting things rolling and see where everything goes. I know we have a lot of work ahead of us, but we’ll keep pushing along throughout the entire season. But I feel good about how we’ll take off at the start of the year. Travis is doing a job great working with the guys. They have a lot of really great people there. For a single-car and a smaller team, I think it’s going to be strong effort. And I’m really looking forward to that.”

While some may view his departure from Hendrick Motorsports as taking a step back in his career, Kahne, 37, sees plenty of blue sky ahead. He appreciates the advantages of a smaller team. When a four-car organization hits a lull, solutions cannot be implemented overnight. Although Hendrick had three drivers in the playoffs last year the organization lacked consistency, Chase Elliott's performance notwithstanding.

“It’s a tough balance,” Kahne said. “There’s a lot of people involved. There’s a lot of ideas involved. It’s just a different way to do it. I thought the first couple of years at Hendrick worked really well for me. We won some. I thought we could have easily won many more races if we had things go our way—but that’s part of racing. Since then, man, it was a struggle—quite often. It was no longer good for any of us. So the changes have been nice. We’ll see how it works out for everybody.”

“I was so happy that we won the Brickyard last year with Hendrick because of the effort that all the guys put in. So that was neat to accomplish that. But I think now it’s good for both of us to move on, to do something different. I’m looking forward to what I have going on and the opportunity with Leavine. It was very nice for them to give it to me, and I want to do a good job for them.”

One thing is certain, Kahne will no longer have to worry about being second—or fourth—fiddle. But he’ll also have the responsibility of carrying the weight of the team.

“I wasn’t worried in the past when the attention wasn’t necessarily on me,” Kahne said. “But when you’re having certain problems and you’re not getting the certain feel you’re looking for, your team might be working a little bit in those areas, but overall it’s not really a priority, I feel it will be nice to know that everything I’m feeling is priority because that’s the car. That’s the only car we have as a team, and that’s how we’re going to have our success—through the 95. So I feel like all the feedback I give, that’s what we’ll always be working on every single weekend.

“To me, that’s going to be much different than what it’s been, and I think that will help my performance and it will help my attitude—and the excitement level—and the feel for the car. It will all be better.”

Kahne has three heat race wins at the Chili Bowl and won the B-Main twice. He has transferred to the A-Main seven times, with a career-best finish of sixth in 2002. In his last start (2016), Kahne finished 13th.

After a two-month absence from race cars, Kahne’s ready to play in the dirt.

“You have a break, and then Chili Bowl comes along and everyone is excited, whether you’re a fan going to watch or you’re a driver going to race or a mechanic or a team owner,” Kahne said. “It’s just the start of a whole new season. To me, it’s a perfect time of the year to have everybody that’s there really enjoy it.

“I’m glad I’m going back. It’s been two years. I can’t wait to get there on Monday, get some practice, see where we stack up and go from there.”