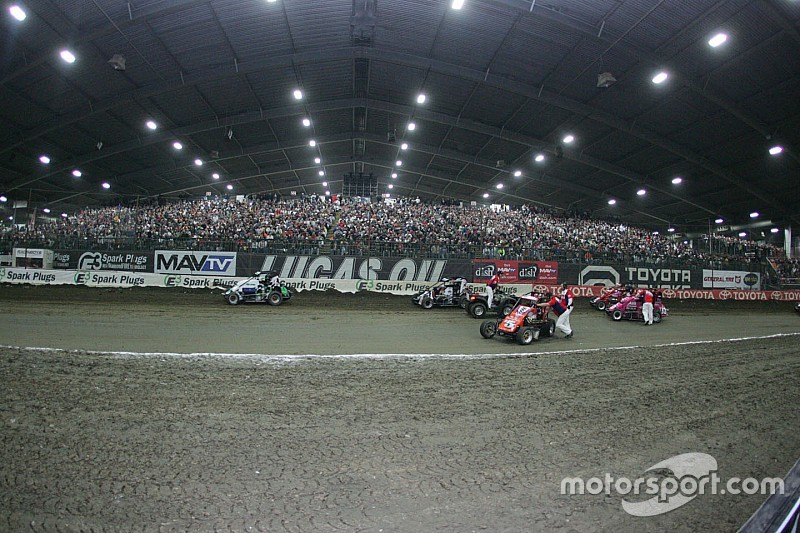 Ryan Smith has been added to the Sarah Fisher Hartman Racing Development roster for the 2018 Chili Bowl Nationals.

Smith finished second in the All Star Circuit of Champions standings last season with three wins, 12 top fives and 29 top 10s in 46 feature starts behind the wheel of the No. 59 410 winged-sprint car.

The “Kunkletown Kid’ will pilot the No. 69 F Harding Group midget alongside returning SHR racers Kyle O’Gara and Tyler Seavey.

“I’ve been close in the past, so I think we have it in us to make the big dance,” said Smith, who  won his heat race last year but did not advance past the B-Main. “It’s a big deal, definitely one of dirt’s biggest stages. Hopefully we can get rolling right away and set ourselves up during our qualifying night. I’m excited to get there.”

O’Gara returns in the No. 67F Speedway Indoor Karting midget for the sixth-consecutive season. The 22-year-old Indiana native won his first heat race last January but hopes to improve in 2018.

“I’m ready to get back to Chili Bowl this year and put to use some of the things we’ve learned last season,” O’Gara said. “I’m very confident in the cars the team has prepared and the talent we have on the team. All of our sponsors, including Speedway Indoor Karting, have given us the keys to be successful this week and it is up to us to make it happen.”

Seavey joins SFH for his second campaign in the No. 68F Hartman Oil midget. The Sutter, California native competed in a variety of racing disciplines in 2017 including sprint cars, midgets and outlaw kart competition. Seavey picked up wins with multiple wins at Cycleland Speedway and Red Bluff Outlaws.

“I’m excited to be back with SFH Racing Development again this year,” Seavey said. “We’re looking to build on last year and the team has put in a tremendous amount of work to get ready. I know this team has what it takes.

“I have to thank all of the sponsors, especially Wink Hartman with Hartman Oil. Without them, none of this would be possible.”

Practice for the 32nd Lucas Oil Chili Bowl Nationals kicks off on Monday at Tulsa Expo Raceway. Seavey is scheduled to qualify on the quarter-mile clay oval on Tuesday night, followed by Smith on Wednesday and O’Gara on Thursday.

Chili Bowl Nationals to be a six-day show in 2019