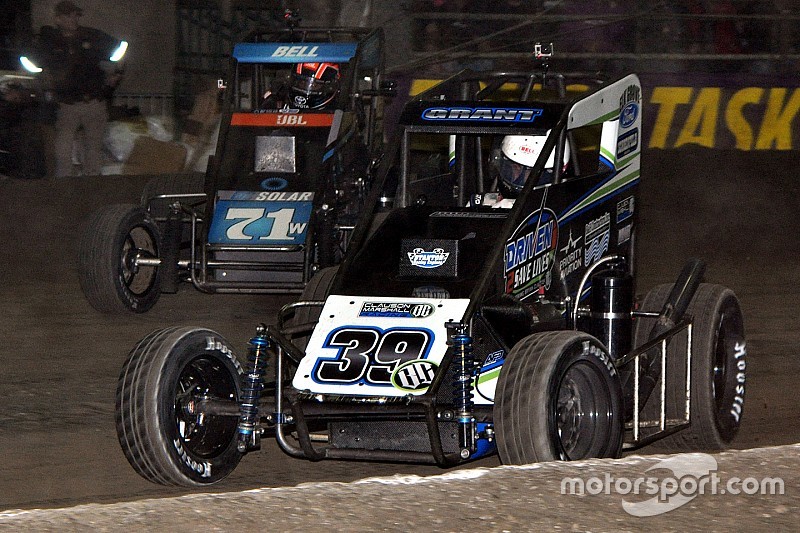 Even though Kyle Larson missed the Chili Bowl Nationals’ A-Main for the first time in five years, he remained optimistic about 2018.

Larson started 18th in Saturday's first C-Main at Tulsa Expo Raceway after transferring from the D-Feature. But after his car stalled, Larson could only recover to an eighth-place finish in the No. 71K Keith Kunz Motorsports midget — two positions away from a transfer spot.

The good news? Larson hasn’t lost his sense of humor. Shortly after his defeat, he tweeted, “Can’t wait for next year!!!!”

Can you blame him? Where else is Larson going to find the level of competition he finds once a year in Tulsa? With more than 365 entries from all disciplines of racing — and all levels of funding — promoter Emmett Hahn puts on a show that cannot be equaled.

And on Saturday, the Mecca of Midgets did not disappoint. Following 29 features, local favorites Christopher Bell and Daryn Pittman offered a one-two punch on a field that included drivers representing most of the continental U.S., Canada, U.K. and Australia.

For Larson, watching from the infield as his teammate wheeled a car to victory could not have been easy.

After sleeping on it, Larson shared the GIF:

If there’s a bright side, Larson knows the equipment he’ll drive next year is the same that has allowed Kunz to win the last three Golden Drillers. There’s always hope.

1). Where else can you see 29 features in a single day? As the field continues grow, so does the alphabet. The O-Features started early on Saturday morning and Bell didn’t hoist his trophy until close to midnight. For a fan experiencing racing withdrawal in January, there’s not a better cure.

2). There’s a flavor of driver for every taste. If you’re a stock car racing fan, Cup drivers such as Larson, Ricky Stenhouse and J.J. Yeley offered drama throughout the weekend. Xfinity Chaser Justin Allgaier and Truckers Bell and Rico Abreu battled among the final 25 in the A-Main with ARCA champion Chase Briscoe. And there’s too many current and former USAC champions to count, including defending midget champion Tanner Thorson, who put on quite the show coming from the C-Main and starting 20th in the A-Main before finishing fourth. The World of Outlaws was well-represented with four of the top five in the standings participating in Tulsa including Oklahoman Daryn Pittman, who finished second in the A-Main.

3). Newcomers, new stories — This season’s roster included 77 rookies. The most famous freshman in the field by far was eight-time World of Outlaws champion Donny Schatz. Ryan Robinson and Holly Shelton, who finished sixth and seventh in their first full season in USAC midgets with Keith Kunz, both had solid Chili Bowl debuts. Robinson finished 12th in the B-Main while Shelton qualified for the D-Feature pole then finished 15th in the C-Main, only the fifth female driver to advance to a C-Main on Saturday.

4). It’s all about the Golden Driller — This year’s 365 entrants didn’t travel to Tulsa for the financial rewards associated with winning the Chili Bowl. It's a break-even proposition--if you're lucky. It’s all about the prestige. And on Saturday, Bell became just the 20th racer to hoist the driller in 31 years.

5). At the Chili Bowl Nationals there’s not the tight officiating that occurs in other events, particularly in tech. It’s refreshing to see mechanics and engineers be creative again.