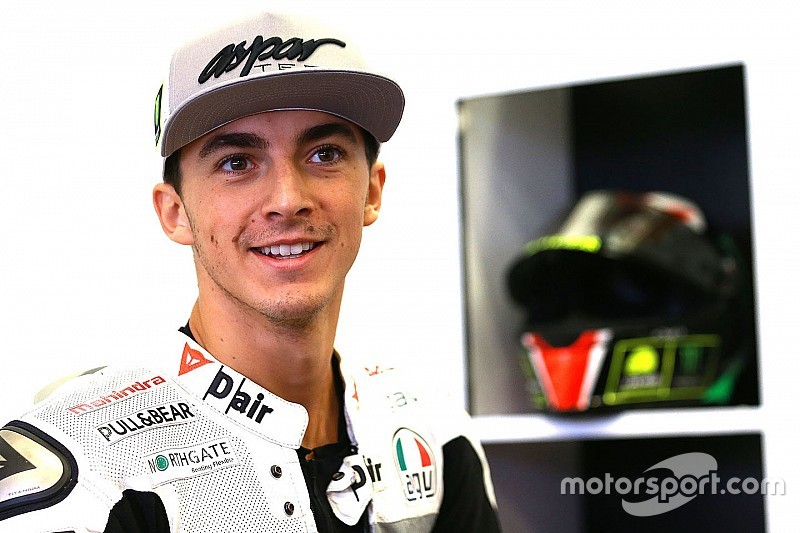 Francesco Bagnaia will move up to Moto2 next season with Sky Racing Team VR46, it has been officially confirmed.

The Italian rider is a member of the VR46 Riders Academy, and previously competed for the team in Moto3 in 2014 before moving on to the Aspar Mahindra squad at the start of last year.

In that time, Bagnaia has finished on the podium five times, including a maiden victory for the Indian marque earlier this year at Assen.

The 19-year-old fills the seat that had been earmarked for Romano Fenati, who was suspended by Sky Racing Team VR46 ahead of last weekend's Austrian race and subsequently expelled.

"I am happy to be able to take another important step in my fledgling career with Sky Racing Team VR46," said Bagnaia.

"To move up to Moto2 is a great opportunity to grow. I am proud to take on this new challenge with a team that feels to me like a family."

Sky Racing Team VR46 will announce a teammate for Bagnaia at a later date, also confirming it will slim down its Moto3 presence to a two-rider line-up for next season.