The other spot in the team's 2019 roster will go to another Moto3 graduate, Germany's Philipp Oettl.

In the final year of its manufacturer Moto2 programme, Tech 3 is currently fielding a pair of its Mistral 610 bikes for Bo Bendsneyder and Remy Gardner.

Former Red Bull Rookies Cup champion Bendsneyder is yet to score points this season, whereas Gardner has delivered a standout sixth-place finish early in the year in Argentina before his campaign was disrupted by injury.

As Tech 3 will become KTM's satellite team in the premier class in 2019, it will also swap its Mistral 610s for the Austrian marque's Moto2 bikes.

A former champion in the Italian CIV Moto3 series, 19-year-old Bezzecchi scored a breakthrough podium on a Mahindra bike in his first full Moto3 season last year and has excelled on a PrustelGP-run KTM in his sophomore campaign.

Bezzecchi won in Argentina and has been on the podium in six of 10 races, allowing him to lead main title rival Jorge Martin by three points heading into the Red Bull Ring round.

His future teammate Oettl, already a Moto3 journeyman at 22, scored his first win in the category on a Schedl GP KTM earlier this year at Jerez and currently sits 10th in the standings.

"I have always been trying to find young talents and help them to grow and clearly both, Marco and Philipp have everything it takes to become top riders in the Moto2 class - of course, with a bit understanding of this new category," Poncharal said.

"For me this is the perfect moment to do it because as everybody knows the Moto2 is going to have a drastic change; we will have a new engine from Triumph and a new ECU from Magneti Marelli, therefore it’s an ideal time for Marco and Philipp to join the championship." 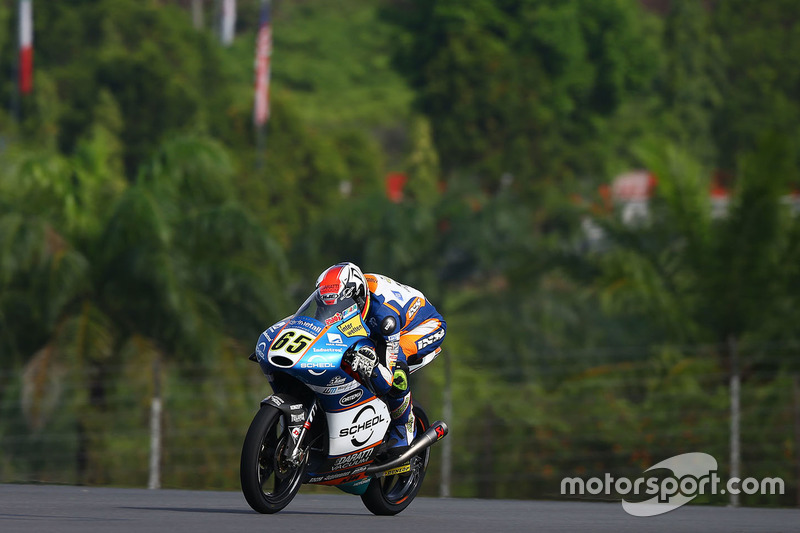