KTM rider Brad Binder wrapped up the 2019 Moto2 season with a third consecutive victory in Valencia, and beat Tom Luthi to the runner-up spot in the championship. 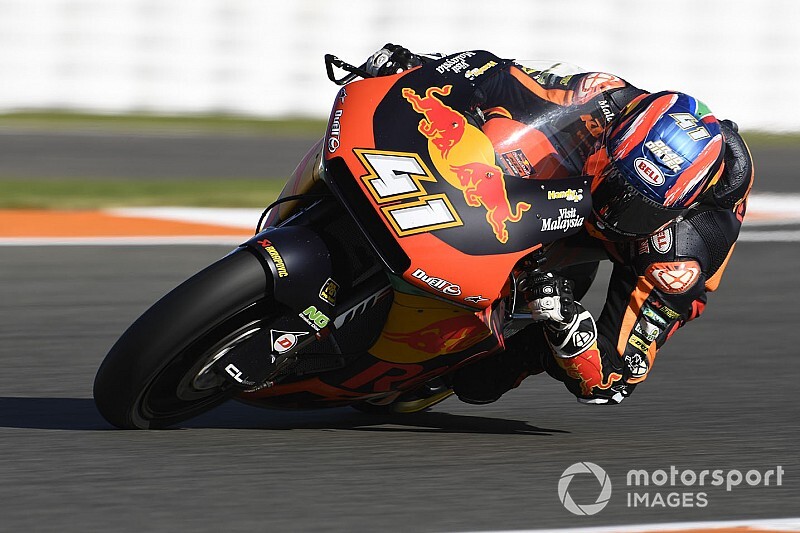 Binder spent the entire race, which was shortened to 16 laps due to the Moto3 race being red-flagged, behind Luthi as the duo battled for second place in the standings.

Luthi took the lead on lap 2 as Jorge Martin ran wide at Turn 1, and the Swiss veteran led until the penultimate lap.

After an unsuccessful move into Turn 2, Binder forced his way past Luthi at Turn 8 to kick off the last lap in the lead, and eventually win by seven tenths.

Binder's employer KTM - which has handed him a works MotoGP ride for 2020 - thus bows out of Moto2 having won its final three races.

The South African ended the season just three points behind champion Alex Marquez, who crashed out of the race while running fifth.

Luthi finished second as Jorge Navarro held off Stefano Manzi for third behind.

Manzi shadowed Navarro for the majority of the race but could only overtake him on the last lap at Turn 8, only for Navarro to come back two corners later and secure third.

Manzi and his team Forward MV Agusta still took their best result in Moto2 with fourth.