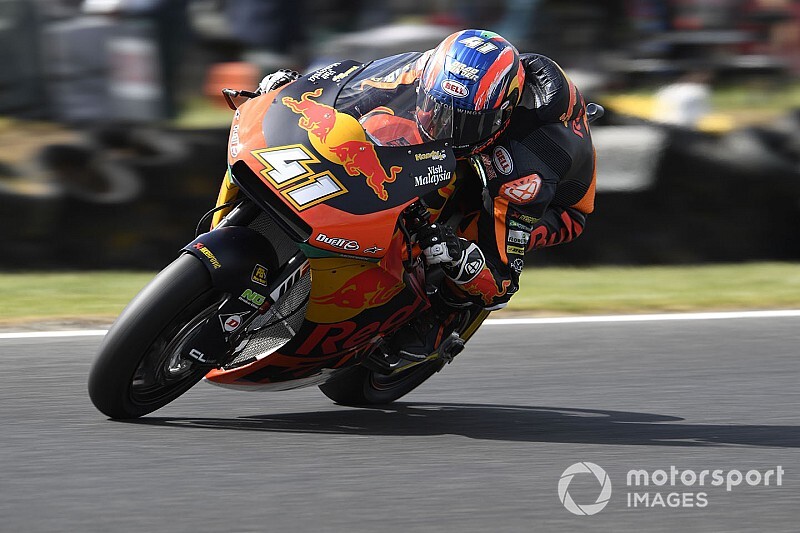 Binder made a better start than pole-sitter Jorge Navarro and led into Turn 1, with his teammate Martin also passing the Speed Up rider for second on the opening lap.

The Ajo duo then stayed first and second until the chequered flag with Binder claiming his third win of the season.

Only Navarro and Tom Luthi were able to stay with Binder and Martin in the first half of the race, but even they lost ground as the race came to a close.

Martin was able to keep up with Binder for the most part, at one point even looking stronger, but he never upset his championship-contending teammate's run before losing a bit of time in the end and finishing 1.9s adrift.

He still secured the best result of his rookie Moto2 season and stood on the podium for the second time in a row.

Pons rider Lorenzo Baldassarri led a group of riders to secure fifth ahead of Remy Gardner (SAG Kalex) and Iker Lecuona (American Racing KTM), who recovered from a long lap penalty - received for dive-bombing both Luca Marini and Marco Bezzecchi on the opening lap.

Marquez was fourth after the start but he spent the whole race coming under pressure from other riders and was overtaken by several rivals.

He was battling with Tetsuta Nagashima (SAG) for ninth but was eventually able to salvage eighth by passing Stefano Manzi (Forward MV Agusta) on the penultimate lap. Manzi and Nagashima completed the top 10.