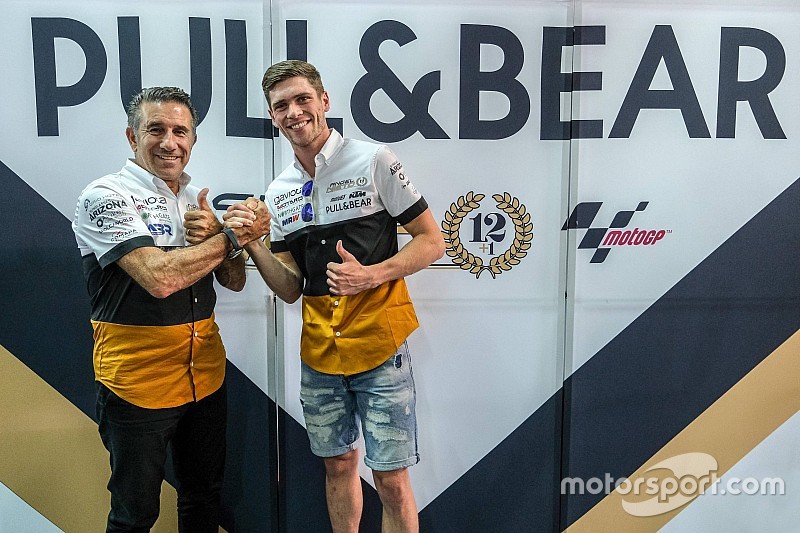 He revealed last month in Austria he was looking to make a switch to grand prix racing, believing that Triumph's arrival as Moto2's new engine supplier next year made it the perfect time to transition over from Superbikes.

And now Dixon has penned a deal to join the Nieto squad (formerly Aspar), which is returning to the intermediate class next year after an absence of five years as it exits MotoGP.

“I want to say thank you to Jorge Martinez 'Aspar' and the Angel Nieto Team for believing in me and giving me this opportunity," commented Dixon, who made two Moto2 starts for Intact GP last year.

"This is a team with a lot of experience and several world titles behind them and I am looking forward to being part of a new project with the Angel Nieto Team and KTM.

"The first season will be for gathering as much information as possible, learning as much as I can and then fighting for the championship after that."

Martinez himself added: “We are very happy to welcome Jake Dixon to the Grand Prix paddock and the Angel Nieto Team family. He is a rider with a lot of promise because he is still young but already achieving top results in his country.

"It is a big signing for our return to Moto2 and alongside KTM we hope to continue to grow together in 2019.”

Dixon's arrival in Moto2 means there will be at least two British riders in the intermediate category next year, with Danny Kent facing an uncertain future despite being contracted to Speed Up for 2019.