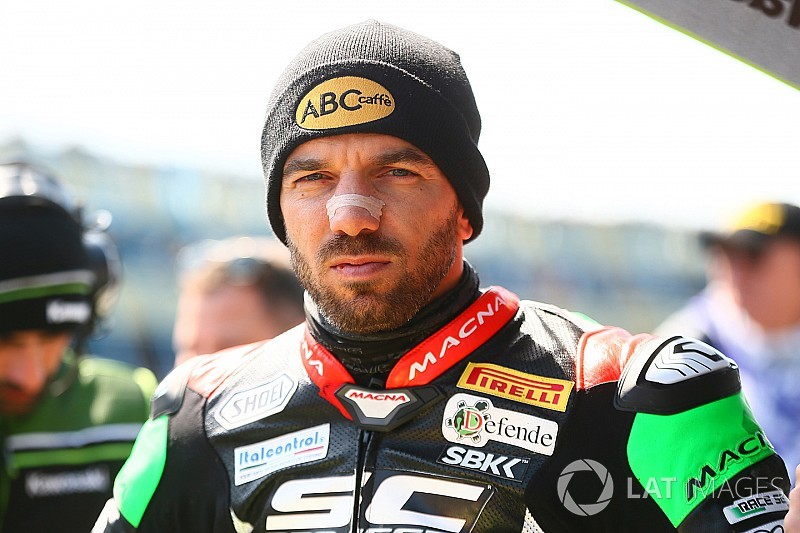 Former MotoGP rider Alex de Angelis will return to the grand prix motorcycle scene this weekend, competing in the Moto2 class at Silverstone.

He will replace Xavier Simeon at Tasca Racing, the Belgian sustaining injuries in a crash in the previous round at the Red Bull Ring.

He then moved up to MotoGP with Gresini Honda, taking 14th and eighth in the next two campaigns before mainly focusing on Moto2 for the next four years but also making four MotoGP guest appearances.

De Angelis replaced Colin Edwards at Forward Racing for the second half of the 2014 season, and raced full-time for IodaRacing a year later only for a major crash at Motegi to bring a premature end to his campaign.

He moved to World Superbike along with IodaRacing in 2016, finishing 13th, and also started this year in the series before leaving his new team Pedercini Racing in July.

De Angelis will be reunited with Tasca Racing, which he raced with in the first 10 races of the 2014 Moto2 season.