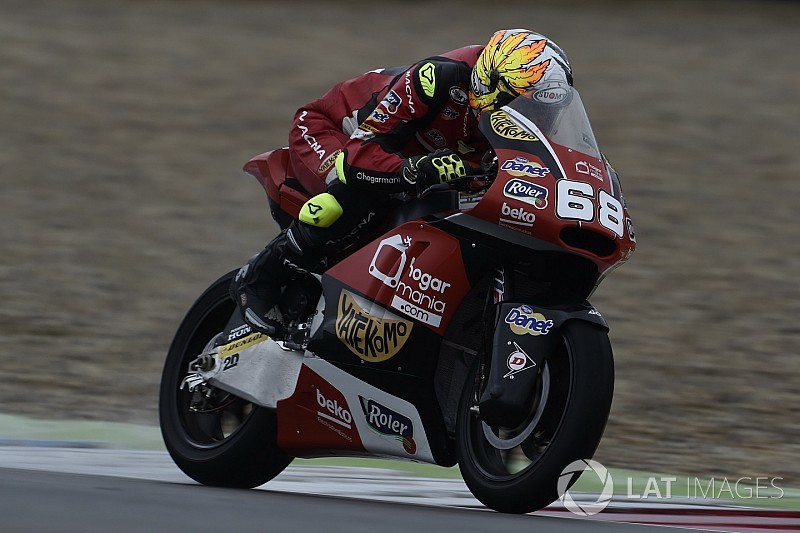 Former MotoGP rider Yonny Hernandez has parted ways with his AGR Moto2 team, it has been announced.

Hernandez, 29, competed in the premier class from 2012 up until last year, when he was dropped by the Aspar Ducati squad.

He stepped back down to Moto2, where he raced in 2010 and 2011, with the AGR squad fielding a sole Kalex bike for the Colombian rider.

However, following a disappointing first half of the season, after which Hernandez lies 20th in the points with a best finish of ninth at Jerez, the two parties have decided to go their separate ways.

In Hernandez's place for the second half of the season will be 20-year-old American rider Joe Roberts, who races for AGR in the Spanish-based CEV Moto2 series.

"We’re very happy to have Joe Roberts with us for this second half of the world championship," said AGR team manager Iker Burutxaga.

"We are looking forward to seeing him compete with the best riders in the class. He will obviously need an adaptation period, and he’ll need to work very hard at the beginning, but we trust his talent and we believe he’ll be able to give us some good results.

"Of course, we want to thank Yonny Hernandez for the job he has done during the first half of the year and we wish him the best of luck in his future projects."

Roberts' arrival means that there is a full-time American presence in the grand prix paddock for the first time since 2015, the final year of the late Nicky Hayden's MotoGP career.