Moto2 rider Remy Gardner has revealed he received an approach from KTM to join its MotoGP roster in the wake of Johann Zarco’s decision to end his contract a year early.

However, Gardner - who lies 12th in the current Moto2 standings riding for the SAG squad - made it clear he favoured staying in the intermediate class for another season.

It’s unclear whether Gardner would have been placed in the main factory KTM squad or the satellite Tech 3 outfit, as he said discussions “never got that far”.

“I mean, this was way back, ages ago, after Austria,” Gardner elaborated, speaking to MotoGP.com.

“My manager said he’s expecting a call from KTM, and he said what were my thoughts. And I thought, I would like to continue in Moto2, one more year.

“I like fighting at the front when we’re there, I had a two-year contract with these guys [SAG], I’m happy with the team, I want one more year’s experience, I thought it’s probably just better to stay here at the moment.”

Gardner reiterated that MotoGP remains his ultimate target but admits he feels he needs to prove himself more in Moto2 first.

Asked if he could see himself progressing to the premier class in 2021, Gardner responded: “Obviously it depends how everything goes here, but personally I think I’d ride a GP bike probably better than a Moto2 bike.

“I’m a big guy, heavy guy [at 72kg], and every time I jump on a bigger bike it just seems to get a bit easier for me.

“That’s obviously the goal, it’s the goal of all riders, but we need to do some hard work here first, really show our potential and get the results.”

KTM's options to find a fourth rider for its MotoGP roster on the intermediate-class grid appear very limited, with most standout performers - including championship leader Alex Marquez - already under contract for 2020.

Test rider Mika Kallio is currently riding its works RC16 in place of Zarco, with former team regular Bradley Smith the only obvious alternative to fill the spot for 2020. 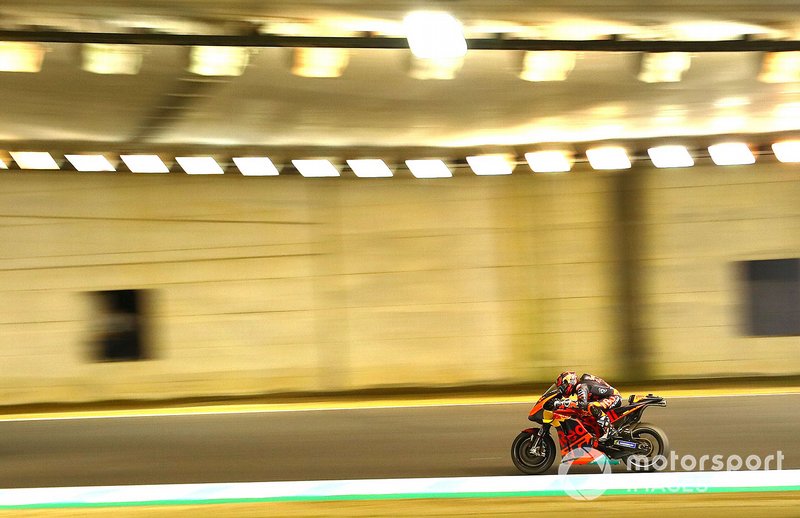