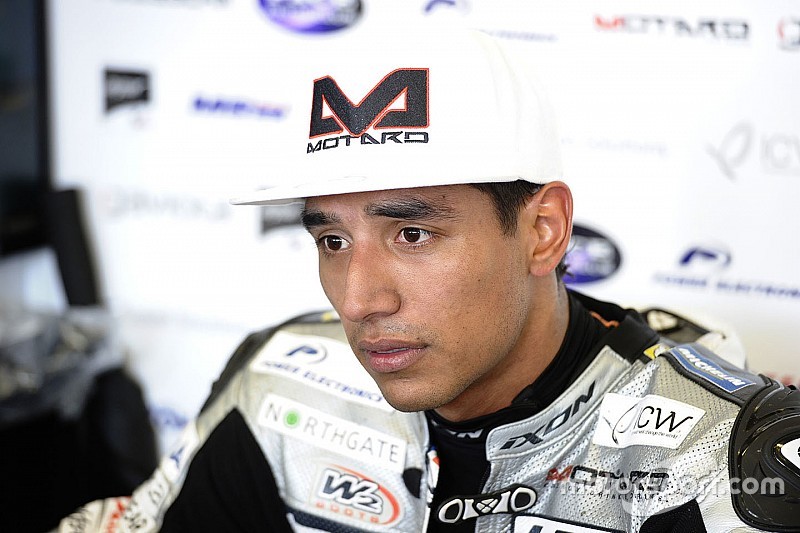 Yonny Hernandez will take a step back to Moto2 in 2017 after losing his Aspar MotoGP seat to Karel Abraham, joining the AGR squad in the intermediate class.

It was confirmed on Tuesday morning that Hernandez will lose his ride to the returning Abraham, the Spanish team said to be unimpressed by the Colombian's performances in 2016 compared to teammate Eugene Laverty.

While Hernandez has scored only 17 points in the current campaign, the least of all this year's full-time riders, Laverty - who joins Aprilia's World Superbike team in 2017 - has racked up 71.

He therefore joins AGR aboard a Kalex bike in Moto2 next year, returning to a category he raced in for two years in 2010-11.

It marks the end to a run of five straight seasons in the premier class for Hernandez, which included two seasons with the Pramac Ducati squad in 2014-15 after spells at the Avintia and PBM squads.

“I’m very grateful and looking forward to be part of this team and this new project," said Hernandez, whose best Moto2 results were a pair of sixth places.

"I hope I will be able to fight to be on top. This is a new challenge for me, I hope things go well and we are able to do a good job together”.

AGR, which currently runs Marcel Schrotter and Axel Pons in Moto2, has yet to announce who will be Hernandez's teammate in 2017.

Remy Gardner released from Japan, will race at Phillip Island